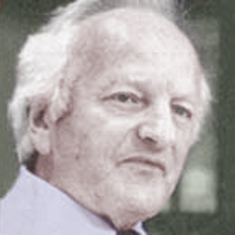 Dr Robert Burchfield was a world-renowned scholar. Hailed by the Chicago Tribune as “the greatest living lexicographer”, he played a crucial role in the study of the sources and development of the English language.

Born in Wanganui, New Zealand, in 1923, he was educated at Victoria University College, Wellington and then at Oxford University as a Rhodes Scholar. At Magdalen College, Oxford, he studied under C.S Lewis and J.R.R. Tolkien. Burchfield was enthralled:

“There I was … talking to world famous people. And I had the privilege of just talking to them, hearing their reaction to what I was saying. I knew I had arrived in some sort of paradise.”

Lord of the Words

Through shared interests in medieval literature and philology, he developed a close relationship with Tolkien. In an article “My Hero” (the Independent, 4 March 1989), Burchfield describes John Ronald Reuel Tolkien as “the puckering fisherman who drew me into his philological net”. As an aside, it is pleasing to draw a happy Kiwi symmetry between three lovers of language: Tolkien, as a language weaver, a writer of some of literature’s best loved works, mentor to Burchfield, an esoteric lover of words who would become editor of languages’ most respected catalogue. Tolkien will have his great work, The Lord of the Rings, realised on film by New Zealand director Peter Jackson.

Burchfield became a lecturer in English Language and Literature immediately after graduation, and was encouraged by C.T. Onions, a former editor of the Oxford English Dictionary, to become involved in lexicography.

In 1957, Burchfield was appointed editor of the definitive 16,750 page, 46 kilogram Supplement to the Oxford English Dictionary, which was published in four volumes between 1972 and 1986. He was chief editor of the Oxford English Dictionary between 1971 and 1984. The Dictionary’s authority is so widely acknowledged that it needs no validation here. that, “on every day, including Sunday, six people buy an Oxford Dictionary every minute.” The Concise Oxford Dictionary, is regularly number one on best-selling lists in Britain. As Burchfield said to the Evening Post in the 1980’s, “it’s ahead of all the books on dieting, and all the books about Diana. We have no idea who’s buying them. We just know they are popular.” 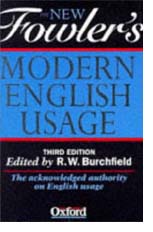 Amongst several works on the English Language, Burchfield edited an acclaimed revision of Fowler’s Modern English Usage (applauded as ‘sensible and modern’). He wrote ‘an illuminating collection of essays’ entitled Unlocking the English Language, and was co-author of a report (1979) on “The Quality of Spoken English on BBC Radio”. He also co-authored a ‘learned, charming and readable’ biography of James A.H. Murray, the first editor of the Oxford Dictionary, Caught in the Web of Words : James A. H. Murray and the Oxford English Dictionary. Dr Burchfield contributed to the Cambridge History of the English Language, and published numerous scholarly essays including, “Four-Letter Words and the O. E. D.” He once observed that “a language without euphemisms would be a defective instrument of communication.”

Despite a temptation to push the Kiwi linguistic edge, Burchfield knew he must not to be biased towards New Zealand English. However, he admitted an affection for Pohutakawa and Pavlova, and reflected that “every one [New Zealand word] that I have put in has received the kind of affection one would give to wife and children.” Burchfield edited the New Zealand Pocket Oxford Dictionary, published in 1983.

Robert Burchfield died at the age of 81 on 5 July 2004. His funeral was held at St. Peter’s College Chapel at Oxford.

An exhilarating aspect of a living language is that it always changes. Much of Burchfield’s talent was to integrate this dynamism into the process of the dictionary, recognising the influence of context on its shape. This involved a concession that possibly only a colonial could make: “Our language is changing slowly and America is leading the way now, not Britain”. The British Empire may have been responsible for the global colonisation of the English language, but much to the disgust of traditionalists (and the French) the globalising forces of commerce, technology, and Hollywood mean that the ‘purity’ of the language has been invaded. This has been largely by ‘Americanisms’, but also by local appropriations and reworking.

Accordingly, among Burchfield’s many contributions to the Oxford Dictionary was his innovative reading programme, which targetted modern as well as historical language. Burchfield’s programme involved shifting through journals, specialist magazines, newspapers and more, everyday, looking for new words that had to be approved by the editor. The launching of the Oxford English Dictionary on the internet in March 2000 extended this process, making it even more expansive and organic.

With an ‘open-minded attitude rather than prescriptive’ he broadened its scope to include words from many countries including North America, Australia, New Zealand, South Africa, India, Pakistan and the Caribbean. He also instituted increased coverage of slang and colloquilasims, as well as scientific and technical terms.

Burchfield was Emeritus Fellow of St Peters College, Oxford, and received honorary doctorates of literature from the University of Liverpool and Victoria University. He was a Member of the American Academy of Arts and Sciences and, in 1975, received a CBE. His policies continue to serve as guidelines for the on-going process of the dictionary.

Often the decision on whether to allow or disallow a word to enter the dictionary can be a risky business. In 1974 Burchfield had to decide whether to include “monetarism” – a word that was not all that common at the time. “I’m glad that I decided to put it in. Since then Margaret Thatcher and ‘monetarism’ have become inseparable.” He also recalled that “social” had been a particularly difficult word to define, taking the equivalent of what he described as a one-person-year. “A man-year is terribly chauvinistic, it was actually a woman who did most of the work [on the definition].”

The field of lexicography is often cloistered and highly contentious, where the acceptability of a word’s meaning and the rules of grammar and sentence construction are territory over which battles are fought. Burchfield qualified himself as its foremost scholar through a rigorous yet modern and flexible methodology. In his own words: “The English Language is rather like a monster accordion, stretchable at the whim of the editor, compressible ad. lib.”

Entry on Burchfield in the ‘illustrious graduates’ section of the Victoria University website:
http://www.vuw.ac.nz/home/after/alumni.html#Burchfield
[Accessed June 2000; No longer active October 2006]

Burchfield’s essay on his relationship with J.R.R. Tolkien (from the Independent Magazine, 4 March 1989)
http://greenbooks.theonering.net/testimonials/files/robert_burchfield.html
[Accessed June 2000; No longer active October 2006]

On the American influence on the continuing evolution of the English language:
http://tero.infonews.co.th/eng/l3.htm
[Accessed June 2000; No longer active October 2006]

Jessie Sheidlower, “Elegant Variation and All That”, a review of The New Fowler’s Modern English Usage, in The Atlantic Monthly, Dec 1986, downloaded on 13th Feb 2000 from,
www.theatlantic.com/issues/96dec/fowler.html

“Computer-users soon learn that the miraculous powers of personal computers are based on avoidance of error”.