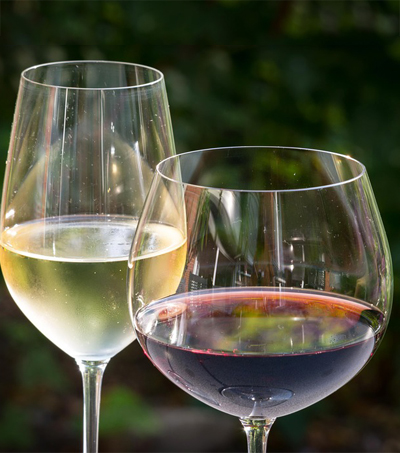 “New Zealand is sort of out there on its own, mysterious and captivating. We’re talking about two islands, inextricably linked, yet with quirky underdog identities all their own,” writes Michael Austin in an article for The Chicago Tribune. It’s a country that’s “home to some of the most-southern vineyards on earth, and because of its proximity to the International Date Line, the most-eastern vineyards too.” Wine grows in New Zealand pretty much from tip to tip. New Zealand wine is a well-known commodity, “despite being less than 1 percent of the world’s wine,” writes Austin.

While wine was being made in New Zealand two centuries ago, its modern wine history dates back only decades.  “In 1973, the country had one commercial wine producer and has only been known and accepted as a viable wine-producing country by the larger world’s wine consumers for a scant 30 years,” reports the article.

“That pioneering winery, Brancott Estate, first planted its vines in 1973, with the first vintage of Marlborough sauvignon blanc bottled and sold in 1979. Little more than a decade after Brancott opened, another winery, Cloudy Bay, produced its first vintages of sauvignon blanc. The next thing everyone knew, New Zealand was a part of the international wine conversation.”

Today “the New Zealand style of sauvignon is a point of pride Kiwis can claim as unmistakably theirs.” “While sauvignon blanc is the main story in the modern New Zealand wine book, it is not the only story. The thin island nation, with its largely cool, maritime climate, also produces some sought-after pinot noirs in styles that range in flavor and style somewhere between New and Old World,” writes Austin.

Three of New Zealand’s dozen wine regions stand out, according to Austin.

The first one is Marlborough “where New Zealand’s modern rise in winemaking began” and “which also produces significant amounts of good pinot noir”. The second region is Central Otago “on the far end of the country’s Southern Alps mountain range”. This “cool-climate spot is home to an abundance of pinot noir.”

Hawke’s Bay, one of the country’s sunniest and warmest wine regions, is the third region that stands out, according to Austin.  “It is a spot that does well with reds, including syrah and the Bordeaux varieties merlot, cabernet sauvignon and cabernet franc, which are often included in blends.”

“New Zealand is out there, both as a place and a wine country, and that is what makes it so intriguing”, Austin concludes.