NZEDGE  >  News  >  Arts  >  On the Road With Singer-Songwriter Tami Neilson 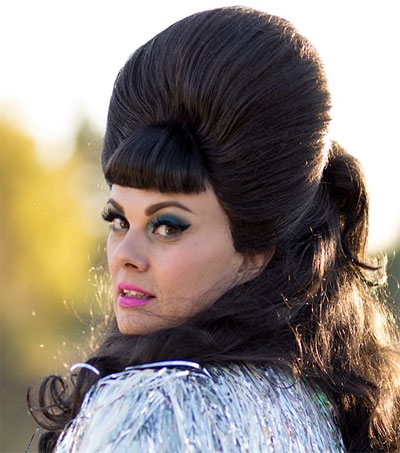 On the Road With Singer-Songwriter Tami Neilson

Born and raised in Canada and currently based out of New Zealand, Tami Neilson has been on the road for three decades. “From the age of 12, I was on tour all across North America in a 35-foot motor home with my family’s band The Neilsons,” Neilson, 42, tells American travel writer Jae-Ha Kim in an interview published in the Chicago Tribune.

“It consisted of my mom, dad and two brothers, Jay and Todd. I met and married a Kiwi and moved across the world to New Zealand 15 years ago. I am lucky enough to be a dual citizen of both countries,” Neilson says. Singing in a style reminiscent of Patsy Cline, the country star sings about living out of a suitcase in “Hey, Bus Driver!,” a track from her latest album CHICKABOOM!

“I grew up in Toronto, so our summer holiday spot was Wasaga Beach, a couple hours north. It holds so much nostalgia for me. My brothers and I would play on the beach from early morning until our dinner of fish and chips. I still recall my first little purple sand pail and tiny plastic shovel, flip-flops with a rainbow strap between my toes, watching Back to the Future at the drive-in movies while eating ice cream.”

“It’s an hour flight from where I live in Auckland and it has the best food, fashion and music. The Museum of New Zealand Te Papa Tongarewa is one of my favourite places.”

“Going back to Canada for my first white Christmas three years after relocating to New Zealand [was my favourite trip over a holiday period]. I’d been so homesick each Christmas, which is summer in New Zealand, decorating the tree while wearing shorts, crying as I listened to ‘White Christmas’ by Bing Crosby!”

Neilson is on tour in Europe through March and April, starting in Spain at Sala El Sol in Madrid on 25 March.