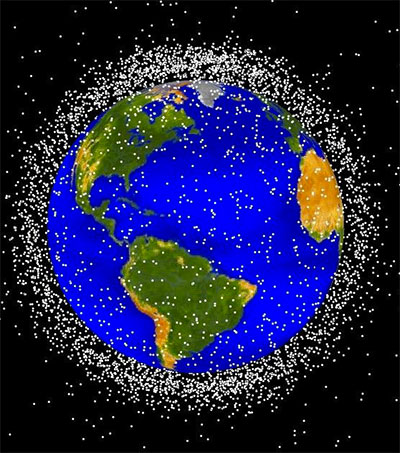 New Zealand to Get into the Space Junk Business

New Zealand is being drawn into the effort to tackle the space junk problem, Peter Griffin writes for Noted. Menlo Park, California-based space mapping start-up LeoLabs has applied for resource consent to build a radar array in Central Otago that is designed to detect and track those tiny fragments of space debris.

The array, a half-pipe shaped collection of hundreds of high-frequency radars, will be the first of its kind in the Southern Hemisphere. It will focus specifically on finding fragments of space junk in low Earth orbit 2cm and smaller in size.

“This is a type of radar called a phased array radar. You can actually electronically switch from satellite to satellite from one piece of debris and back, and that’s important because this radar has to track thousands of objects,” says LeoLabs chief executive Dan Ceperley, an electrical engineer who co-founded the company in 2016.

The array will add to LeoLabs’ other arrays in Texas and Alaska but serve as a prototype for more high-frequency arrays that will give the company a full picture of debris circling Earth at all times. LeoLabs plans to eventually have a network of six phased arrays around the world.

The exact location of the planned array hasn’t been disclosed yet. Local companies will be involved in the construction of the pad that will house the array components, which are being made in the US.

Once operational it won’t require personnel but will be controlled remotely by LeoLabs’ team in the US, downloading the array data in real-time over the internet. Based on radar technology, it won’t be affected by cloud or the snow that regularly graces Central Otago each winter.

It was our geographical location, business-friendly environment and growing presence in the space industry with the newly established agency and Rocket Lab’s activities that attracted LeoLabs, Ceperley says.

He describes the high-resolution imaging LeoLabs creates as being like Google Maps for space. As such, he sees scope for New Zealand businesses to use LeoLabs’ data to create their own value-added services for satellite companies and their clients.