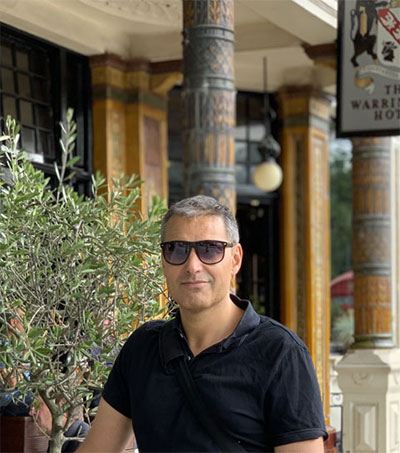 For a lifelong news and sports nut who loves to travel, a job that requires meeting the world’s top newsmakers and athletes is a dream for BBC TV producer, New Zealander Tama Muru who grew up in Palmerston North. Wellington-based journalist Lee-Anne Duncan caught up with him in London. Her story was published in the December 2019 issue of North & South magazine.

Muru’s been on board for nearly 19 years, starting as a producer in the BBC World newsroom as part of the “Kiwi Mafia” that filled out the 24-hour news channel’s staff rota, then moving into the Hardtalk office as casual cover. The editor liked him, he loved the job, so he’s stayed on, working for both Hardtalk and its sports version, Extratime. Today, Muru is the most senior producer on the team, meaning he’s pretty much the editor’s top pick to organise and orchestrate interviews in salubrious or security-compromised locations all around the world.

And it’s a world away from his pre-BBC life: growing up in the Manawatu with his mum and two brothers; a degree in history and politics; a journalism post-grad diploma at the University of Canterbury; his first journalism job at Ōamaru’s Radio Waitaki – back in the days when journalists in tiny community radio stations were still a thing – then Radio New Zealand’s Wellington newsroom.

Now working for the world’s largest at the corporation’s headquarters in central London, Muru’s producing role has taken him to more than 30 countries, at a rough count, and afforded him impressive stories, great gets, hilarious misses, and more names to drop than the phonebook – if such a thing still exists – of a small city.

“This year so far, for work, I’ve been to Italy, Hungary, Kenya, Turkey, Greece, Austria, Switzerland, the US … And it’s taken me to so many places I’d never usually get to. I went into one of the Jewish settlements in Gaza, just before they were dismantled, and it reminded me of Himatangi Beach, in Horowhenua. It was a sleepy beachside community. But then you walk out of that community, around the corner and up to the security fence, and there’s a bus looking like something out of Mad Max 2 driving back and forth through a security gate, ferrying Israelis across this no-man’s land. Ahead, you see the Palestinian settlements and they’re completely different – built-up, impoverished, terrible.”