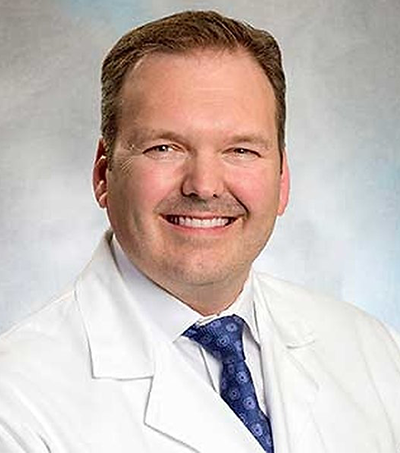 Harvard-based New Zealander Dr Simon Talbot M.D. leads a team of surgeons performing astonishing hand transplants and plays a part in operations that give patients a new face, reports Clare de Lore in The New Zealand Listener. Talbot, who is Director, Upper Extremity Transplant Program and Associate Professor at Harvard Medical School, has helped give new faces to seven patients, and hands to five others.

NZEDGE first reported on Talbot’s extraordinary surgical skills in 2014 when he successful performed a double-arm transplant at Brigham and Women’s Hospital in Boston.

The Listener reports In 2009, Charla Nash was horrifically injured when her employer’s chimpanzee attacked her in Stamford, Connecticut. Her face and hands were torn off and she lost her sight. The savaging became global news after the release of a recording of the emergency call seeking help for Nash in which the chimp can be heard screeching in the background. In 2011, Talbot and his team operated on Nash, giving her a new face and new hands. She now lives a mostly independent life, despite medical setbacks.

Dr Talbot was recently in New Zealand to receive a Distinguished Alumni Award from the University of Auckland, where he graduated with degrees in medicine and surgery.

“It’s all about the No 8 wire. It’s ingrained in us, as New Zealanders, to think outside the box and to be innovative and inventive,” Talbot tells New Zealand Listener journalist Clare de Lore. “That is a huge part of taking on this kind of work. Another aspect, which I hadn’t much appreciated until I got into this, was how good New Zealanders are at teamwork. My job is keeping everybody working well together as a team and doing their part.

“There are a lot of intangible things in medicine that give you satisfaction or joy or an opportunity to make a difference. And it’s really hard to describe to people the excitement and satisfaction that come out of some of the things we do. There is something incredibly special and even magical about being able to help somebody in a way that will forever change their life.”

Dr. Talbot has been outspoken about the multitude of pressures skilled physicians and surgical leaders are under in the hospital environment. Writing in July 2018 in STAT, a U.S. journalism site about life sciences and the fast-moving business of making medicines, Dr. Talbot and Wendy Dean, SVP Operations at The Henry M. Jackson Foundation for the Advancement of Military Medicine in Washington D.C., make a passionate case for Physicians aren’t ‘burning out.’ They’re suffering from moral injury. “We believe that burnout is itself a symptom of something larger: our broken health care system. The increasingly complex web of providers’ highly conflicted allegiances — to patients, to self, and to employers — and its attendant moral injury may be driving the health care ecosystem to a tipping point and causing the collapse of resilience.

“Physicians are smart, tough, durable, resourceful people. If there was a way to MacGyver themselves out of this situation by working harder, smarter, or differently, they would have done it already…What we need is leadership willing to acknowledge the human costs and moral injury of multiple competing allegiances. We need leadership that has the courage to confront and minimize those competing demands…We need leaders who recognize that caring for their physicians results in thoughtful, compassionate care for patients, which ultimately is good business. Senior doctors whose knowledge and skills transcend the next business cycle should be treated with loyalty and not as a replaceable, depreciating asset.

Dr Talbot’s work follows that of the two pioneering legends of world plastic surgery, New Zealanders Harold Gillies and Archibald McIndoe. See there stories on NZEDGE, at Gillies and McIndoe. “Gillies — born in Dunedin in 1882, educated in Wanganui and Cambridge — is possibly the greatest figure in New Zealand medical history. He was the first person to apply plastic surgery techniques to the horrific types of injuries that the battlegrounds of WW1 were producing. Gillies single-handedly created Britain’s first plastic surgery unit at Aldershot Hospital during World War I and is generally regarded as the man who “invented plastic surgery”. When McIndoe was greeted by Gillies at his Queen Ann Street practice in 1929, he would not have known then that this famous figure was about to become his mentor and one of the greatest medical partnerships was about to commence.”