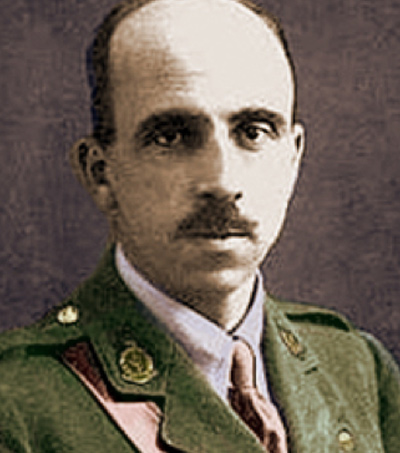 The pioneering work of Dunedin-born surgeon Dr Harold Gillies is graphically displayed in a Daily Mail spread featuring the facial reconstructions of soldiers wounded in WWI. Under the headline “The rebuilt faces of war: Shocking pictures show how ‘the father of plastic surgery’ reconstructed horribly disfigured WWI soldiers in pioneering London hospital,” reporter Emer Scully writes that Gillies is “widely considered the father of plastic surgery.”

Born in 1882, Gillies was educated at Wanganui College in New Zealand, and Cambridge University. Gillies went on to St Bartholomew’s Hospital, London, England, to study the speciality of otolaryngology before joining the war effort. He went on to persuade the Army’s chief surgeon, William Arbuthnot-Lane, to create a facial injury ward at Cambridge Military Hospital in Aldershot.

NZEDGE.COM biographical writer C.J. Williams profiled Gillies for our Legends section in 2002. His story noted that Harold Gillies excelled at most sports, particularly cricket. While at Wanganui College he captained the First XI team in a series of matches, including one against Australia in 1900. That same year he was named best young player in the country. He entered Cambridge University (England) in 1901, and again it was his sporting prowess that marked him out. He became a first-rate rower and was instrumental in helping his team win at Henley in 1902. He also represented his University at golf three times reaching the semi-finals of the Amateur Championships at St Andrews in 1903.

Of his approach to his pioneering medical techniques, Williams records that for Gillies, plastic surgery not only involved restoring function but also making the person look normal and sometimes more beautiful than before. “He was driven by the idea that the surgeon should be creative, imaginative – in fact an artist. He described his work at Aldershot as “a strange new art”, and indeed it was, for prior to Gillies there was little concern for how the patient looked. Gillies never wavered in his belief. Many years later, at the first International Congress of Plastic Surgery in Stockholm (1955), he declared; “within us all there is an overwhelming urge to change something ugly and useless into some other thing more beautiful and more functional.”

“His popularity was so great in the USA that in 1941 when he was guest of honour at the American Congress of Ear, Nose and Throat in Chicago, more than 2000 came to hear him speak. At the age of 78, he was given the Special Honorary Citation of the American Society of Plastic and Reconstructive Surgery, in recognition of his “development of the speciality of plastic surgery,” and his “outstanding scientific contributions to the advancement of its practice.” Today Gillies is remembered each year when the American Academy of Facial Plastic and Reconstructive Surgery gives out its Harold Delf Gillies Award for best science research paper.”

Harold Gillies’ story should be read in conjunction with that of Archibald McIndoe (NZEDGE.COM biographical essay also by C.J. Williams). A distant cousin of Gillies’,

McIndoe was appointed plastic surgeon to the Royal Air Force in the midst of World War II. He brought plastic surgery to the forefront of burns treatment and became a pioneer of what is more commonly known today as ‘therapeutic community.’ Gillies and McIndoe formed what has been described as “one of the greatest partnerships in twentieth century surgery” when Gillies offered to take McIndoe on as his partner at his new Harley Street practice. From 1931 to 1939 the two New Zealanders did hundreds of operations together. They also devised new techniques and pioneered what is more commonly known today as cosmetic surgery. Face-lifts were a specialty but Gillies also pioneered a breast reduction technique which McIndoe helped perfect. In 1938 they published their first joint paper on this technique and that same year McIndoe rocked the medical fraternity when he published his own paper entitled; “An Operation for the Cure of Congenital Absence of the Vagina”. Pioneered by McIndoe, this operation was later perfected and unabashedly named “McIndoe’s Vagina.”