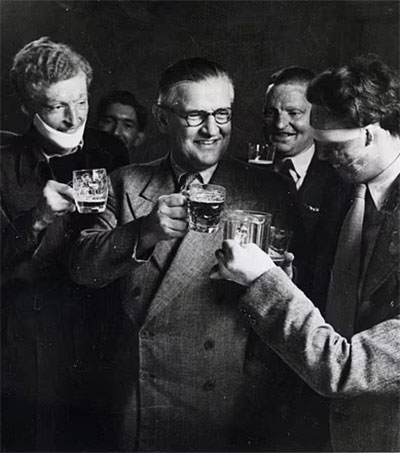 The story of the pioneering Dunedin-born surgeon Archibald McIndoe who developed a host of new treatments during the Second World War to help heal disfigured airmen and shaped the field of plastic surgery for years to come is set to be told in a new musical, Jessica Green reports for the Daily Mail.

Sir Archibald developed new methods for repairing skin damage in the 1940s, when working at Queen Victoria Hospital in East Grinstead – with the Sussex area becoming known as “the town that did not stare”, as his disfigured and recovering patients went about trying to rebuild their lives.

Referring to his more than 600 patients as the Guinea Pig club, his work has influenced contemporary treatments and resulted in the recovering airmen forming lifelong bonds.

The musical, which is still in the script development stage, will follow Sir Archibald’s character as he campaigns to raise more funding from the scientific establishment.