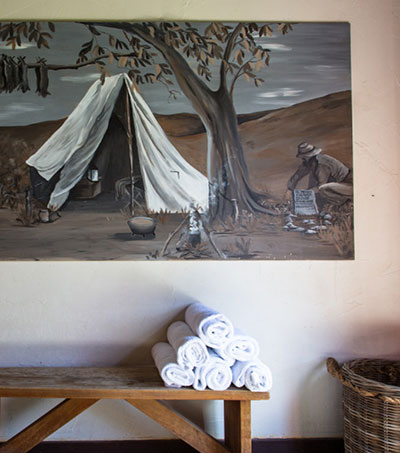 Travellers flock to the Central Otago region for two reasons, according to Australian wine writer Andrea Frost. They go for the “great outdoors and the even greater wine.” In a feature for US magazine Food & Wine, Frost puts together a “dreamy” weekend itinerary, between tastings, of hiking, biking and paddling.

“Central Otago is a state of mind – at least that’s what the locals say,” Frost begins. “New Zealand’s most southerly wine region – anchored by Queenstown, a hub for adventure travellers – is also the country’s most beautiful.

“Start the day in the charming gold-mining village of Arrowtown, home to the area’s greatest breakfast joint, The Chop Shop [Food Merchants]. [Then] head to Gibbston Valley and the winery of the same name, founded by esteemed local winemaker Alan Brady. Because Gibbston has the coolest microclimate in Central Otago, its Pinot Noirs tend to be the region’s most delicate and nuanced.

“Strap in for a wild ride and some equally wild food with the New Zealand Adventure Company. At Wanaka airport, you’ll be met with a picnic basket of local seafood, venison, antipasto and wine, loaded into a helicopter, and flown over the lakes, forests and sheer cliffs of the South Island’s west coast. Where to eat? On one of Mt Aspiring’s high-altitude glaciers? Or on a remote beach overlooking the Tasman Sea?

“[On day two for lunch] relax on the restaurant terrace of Mt Difficulty. Order a glass of the crisp 2016 Bannockburn Pinot Gris and take in the sweeping views of the Cromwell Basin.

“Back in Clyde, check into the impeccably renovated Olivers Lodge – ask for one of the ‘stabies’ rooms, which preserve the building’s original 1860s schist walls and rough-hewn timber beams. The menu [in the restaurant] runs toward dishes like pork fillet stuffed with black pudding and fennel slaw, or smoked rabbit and pearl barley risotto.