Beatrice Tinsley, a gifted and dedicated
teacher, mentor and scientist.

Queen of the Cosmos

A world leader in modern cosmology and one of the most creative and significant theoreticians in modern astronomy. Her scientific work has been described by biographer Christine Cole Catley in The Book of New Zealand Women: Ko Kui Ma Te Kaupapa as “opening doors to the future study of the evolutions of stars, galaxies and even the Universe itself.” Beatrice Tinsley has profoundly affected what scientists know about the origin and size of the universe.

Tinsley’s research on how galaxies change and evolve over time changed the standard method for determining distances to far galaxies which, in turn, was significant in determining the size of the universe and its rate of expansion. At the time it was assumed that galaxies of the same type – spiral, elliptical or lenticular – would be a similar size, shape and luminosity. By comparing the size and luminosity of distant galaxies to nearby galaxies whose distance was already known, it was thought that an accurate distance could be obtained.

The central tenet of Tinsley’s 1966 Ph.D thesis “Evolution of Galaxies and its Significance for Cosmology”, a dissertation described as “extraordinary and profound” by her professors at the University of Texas at Austin, was that internal changes owing to the evolution of stellar and non-stellar material occur in galaxies over long periods, so that determining distances based on morphology alone was unreliable. Factors such as the abundances of chemical elements, the mass of the galaxy and the rate of starbirth were all important parameters in determining the distance and age of the galaxy and, by inference, the size and age of the universe. Tinsley’s work formed the basis for contemporary studies of galactic evolution.

Beatrice Hill was born in 1941 in Chester, northwest England, the second daughter of an Anglican minister father and writer mother. After the war the family moved to New Zealand, first to Christchurch and then settled in New Plymouth, where Beatrice’s father was mayor for three years. At New Plymouth Girl’s High School, she was a brilliant student in a number of fields, excelling in mathematics, languages, writing and music (she played violin for the National Youth Orchestra for two years). However, at the age of 14 she decided that she wanted to be an astrophysicist. She graduated from New Plymouth Girls’ High School as Dux at 16, won a junior scholarship and went to Canterbury University to study mathematics, chemistry and physics. She completed a Master of Science with First Class Honours in Physics in 1961, marrying fellow physics student Brian Tinsley in the same year. After graduating, Brian was offered a job at the South West Centre for Advanced Studies, in Dallas, Texas and the couple moved there.

Unappreciated and unable to find a job in the macho atmosphere of Dallas, Beatrice took a part-time job teaching at the University of Texas at Austin, some 200 miles away. She enrolled for a Ph.D at Austin in 1964 and completed it in 1966, taking about a third of the time it takes most people to do a Ph.D thesis. In her papers she received marks of 99% and 100%, the first student in the department to achieve marks of over 80%. 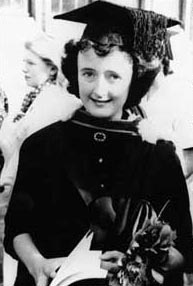 The main strands of her research were into the evolution of galaxies and the stars within them, culminating in the idea that galaxies undergo significant changes over a relatively short time span (short, that is, compared to the age of the universe). She pioneered models of galactic evolution “more realistic than other models at the time, which combined a detailed understanding of stellar evolution with knowledge of the motions of stars and nuclear physics”, as described by a website biography (set up by San Francisco State University). Her models formed the basis of the first pictures of what “protogalaxies” (galaxies in their infancy) might look like.

Origin of the Universe

Her work on how the evolution of galaxies affects the origin and size of the universe had a profound effect on scientific knowledge. She also contributed to research to find out whether the universe is an open or closed system (that is, whether it has boundaries at the edges or whether it is able to keep expanding ad infinitum).

In 1974, her achievements led to her being awarded the Annie J Cannon Prize from the American Astronomical Society and the American Association of University Women, for her contributions to astronomy.

Yet professional recognition was still unforthcoming in Texas. As Catley quotes, stifled and intellectually unfulfilled, Tinsley wrote to her father: “The University of Texas in Dallas has kept me at the nearest possible level to nothing.” In spite of being asked to design an astronomy department for the University of Texas, and in spite of her startling scientific achievements, she was still not treated with professional respect by the university: her application for the job as head of the university’s astronomy department was not even answered.

She had reached a point in her life where she had to choose between staying in Texas with her family and saying goodbye to her scientific career, or taking the hard and less socially accepted road towards fulfilling her scientific promise. Knowing that she would never be taken seriously in Texas, she sought a divorce from her husband in 1974 and left Texas, taking a one year fellowship at the Lick Observatory, at the Santa Cruz campus of the University of California.

The following year she started to work as an assistant professor at Yale University and in 1978 became professor of astronomy at the university. It was in the same year that she discovered she had developed a malignant form of cancer, melanoma. She continued to research and publish papers, until shortly before her death, on 23rd March 1981.

Over a relatively short academic career of 14 years, Professor Tinsley authored or co-authored around 100 scientific papers, mostly concerned with the evolution of galaxies. In addition she was a valuable mentor to younger women scientists in America and New Zealand, particularly during her tenure as professor at Yale. She was gifted and dedicated as a teacher and mentor, as well as a scientist, qualities that were recognised during her tenure at Yale, before her untimely death.

In 1986, as a tribute to her, the American Astronomical Society established the Beatrice M. Tinsley Prize for outstanding creative contributions to astronomy or astrophysics. It was the only major award created by an American scientific society honouring a woman scientist. Her alma mater, the University of Texas at Austin, also created the Beatrice M Tinsley Visiting Professorship in astronomy in her honour.

Her achievements were recognised by New Zealand in early 2011, when the New Zealand Geographic Board named a Fiordland mountain in her honour. Mt Tinsley, standing at 1,537m, is found within the Kelper mountain range 15km west of Te Anau. Mt Tinsley lies a mere 5km from the newly named Mt Pickering – honouring Sir William Pickering, another famous New Zealand astronomer and fellow NZEdge hero. 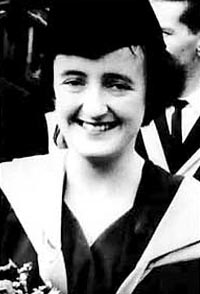 In the meantime, to learn more about Beatrice Tinsley, you can look at:


And see the website for New Zealand’s Carter Observatory, at: 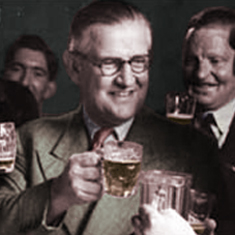 Motivated by a desire to be more than just an ordinary doctor, Archibald Hector McIndoe pursued greatness and became much more than an ordinary surgeon. Appointed plastic surgeon to the Royal…