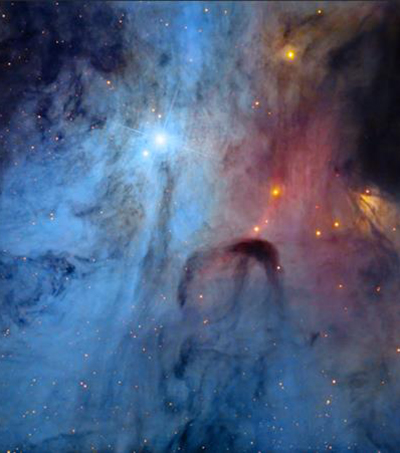 A stunning image entitled “The Turbulent Heart of the Scorpion” by New Zealand photographer Rolf Wahl Olsen has been shortlisted in the Astronomy Photographer of the Year competition.

The photograph is of the multiple star system Rho Ophiuchi.

“The Turbulent Heart of the Scorpion” is described by The Telegraph as “a spectacular display of light and shade with contrasting hues of the rarely imaged, colourful, action-packed core of the multiple star system.

A deep exposure showcases the full finery of the delicate whirling clouds, of an area in which the human eye would struggle to see much detail, even with the use of a telescope.

The Royal Observatory’s annual Astronomy Photographer of the Year competition highlights outstanding works in astronomical photography around the world.

The winners are chosen in four categories including Earth and Space, Our Solar System, Deep Space and Young Astronomy Photographer of the Year.

Three special prizes are also awarded, including People and Space, The Sir Patrick Moore prize for Best Newcomer as well as the Robotic Scope Image of the Year.

The finalists will be announced on September 17 and the winning images can be viewed in a new exhibition at the Royal Observatory from September 18 until February 2015.

Original story published on The Telegraph.