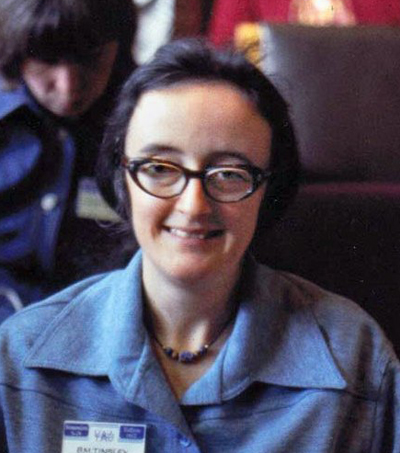 One of New Zealand’s foremost scientists, astronomer Beatrice Tinsley, has been honoured with a posthumous obituary in the New York Times 37 years after her death.

The Times, which is running a series of stories about remarkable people whose deaths went unreported in the venerable newspaper at the time, says Tinsley’s contribution to science changed cosmology and the study of the origin and evolution of the universe.

It records her famous feud in 1967 when she challenged Allan Sandage, then the most important astronomer in the world, about his scientific findings.

Sandage “was convinced that he was homing in on the fate of the universe — namely, that it was doomed to collapse one distant day, a hundred billion years from now.”

Tinsley – then an outspoken 26-year-old graduate student – “was saying that Sandage had misread the light of distant galaxies and, with it, the fate of the universe,” as reported in the article.

Tinsley was right, Sandage wrong and science was never the same.

Tinsley is rightfully credited as the world’s leading expert on the aging and evolution of galaxies but she is also hailed as a feminist hero who paved a road for other women to follow in her footsteps.

“She never lost the feeling of fighting the world,” said Richard Larson, a Yale astronomer who became a collaborator and close friend.

There was a price to pay, The Times notes: abandonment of her family to follow her calling, which has seen asteroids, mountains, lectureships and awards named after her.

“She was given an ultimatum that in my opinion was unfair: Choose family or a career,” her daughter Teresa Tinsley wrote in an email.

“But that is how it was back in those days — women were supposed to be homemakers. I am proud that she stood her ground and followed her career.”

“She followed her dream — a dream created when she was a very young lady, her dream to be a scientist.”