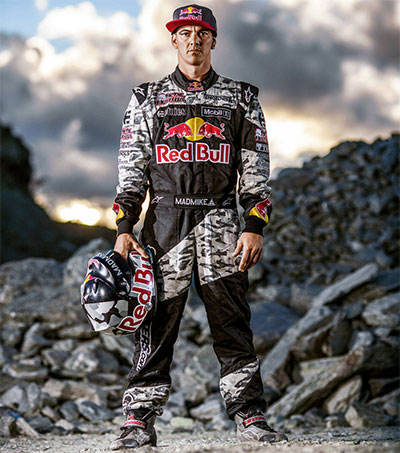 If you are a hesitant driver, if T-junctions make you shudder and merging makes you quail, New Zealander Mad Mike Whiddett’s antics are not for you, warns Scotland newspaper the Daily Record.

The notorious drift driver decided to make good use of Swindon’s Magic Roundabout – six roundabouts in one – to hone his skills in his souped up BADBUL, a Mazda RX-8.

Now ten years in the sport, the man proved he was still the best of the best, as he took his car around the roundabouts – more often sideways than not.

Whiddett, known in the world of drifting for his crazy project and lunatic driving, modified and customised his car himself until he got it just right.

In the UK now there are several race meets a year as well as the British Drift Championship.

The sport also has its own celebrity adherents like ex-Boyzone band member Shane Lynch.

According to Whiddett’s site he “always had a passion for all things extreme and fast, right from his first trike as a toddler he was never content with riding on the flat his mother Sue says he had to race down steep hills and over ramps.”