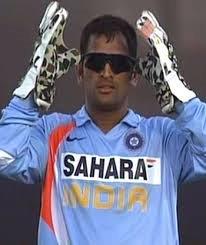 Indian cricket sides have historically struggled on tours to New Zealand and one of the reasons is to do with the bounce of the ball and movement off the wicket. In India, where the pitches are lower and slower, batsmen cannot leave on length because only extremely short deliveries will clear the stumps.

As a consequence, Indian batsmen in New Zealand conditions have often played at balls on or around off-stump that they should have left alone based on the length of the delivery. In New Zealand, the shorter ball will pass over the stumps, while the greener seaming pitches provide sufficient movement to induce an edge to the slips or wicketkeeper.

It is a point raised by Indian captain MS Dhoni in an interview with ESPNcricinfo’s Abhishek Purohit: “We have a slightly bigger challenge in the sense that … [even] if the fast bowlers bowl back of a length in India, more often than not it is very difficult to leave on the bounce.”

But on New Zealand pitches, the batsmen can leave the ball, not only on line but on length, he says.

“This is something you learn over a period of time and I think the batsmen did well in South Africa, they handled good fast bowling and at the same they were quite positive,” Dhoni adds.

India is the number two ranked test side in the world, behind South Africa, to whom they lost a two-match series 1-0 last month.

But as Dhoni points out, the Indians (who have a middling record when playing outside of subcontinent conditions) were competitive and applied significant pressure on the Proteas during the first test.

Dhoni disputes the ‘only-in-Indian-conditions’ narrative: “This is a tagline associated with us and [the media] just love to say it. We didn’t perform well in England and Australia but … we have done really well in West Indies, New Zealand [and] South Africa.”

All the media talk in New Zealand is about preparing green, seaming, bouncy pitches to negate the impact of world-class spinners, Prgyan Ojha and Ravindra Jadeja. But India will also bring a trio of fast-medium swing and seam bowlers, veteran Zaheer Khan, Ishant Sharma and exciting new-comer Mohammed Shami, that will test the inconsistent Black Caps batting line-up.

It will also be Kiwi cricket fans’ first chance to see  superstar batsmen Shikhar Dhawan and Cheteshwar Pujara in the flesh and determine whether their qualities are hype or reality.

The first of five one-day matches start on Sunday, 19 January in Napier. The first of two tests is at Eden Park on Waitangi Day.