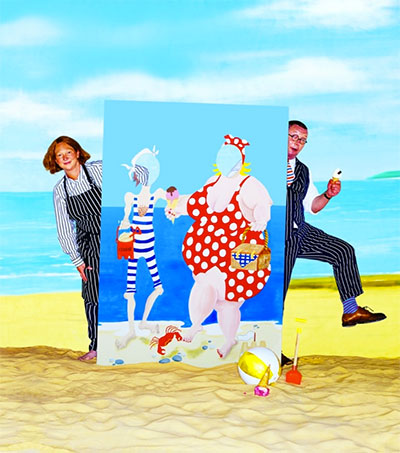 On Tiree at the Beach with Chef Margot Henderson

Chef owners of London’s Rochelle Canteen and St John New Zealander Margot Henderson and her husband Fergus talk with the Observer about their beach holidays on Hebridean island Tiree, a place for “recharging the batteries and sheep and smells and simplicity and memories.”

Henderson, who grew up in Wellington, says she took the beach for granted.

“Sun-lotion was put on once, each morning, so my sister and I would get huge blisters from the beach and Mum would have to cut our T-shirts off us,” she says. “Our holidays were inland on South Island, taking the car there by ferry – me trying to sleep to avoid vomiting – and then maybe camping by Mount Cook, en route to stay with grandfathers and uncles in South Canterbury who were all sheep farmers.

“We had amazing times – helping out on farms, eating lots of lamb, shooting guns. My cousins were driving cars by the age of 12. I’ll never forget a cousin taking me rabbit-shooting at nights.

“After moving to London at 20, as soon as I met Fergus I was taken off to Tiree with his parents. I think it was a test, whether I would love Tiree. It’s very beautiful, but very cold and there are no trees. But I’m a fierce finder of driftwood. I like the purpose of a walk being to find enough wood to build a good fire on the rocks to feed everyone. You have to wear raincoats because it could pour at any minute.”