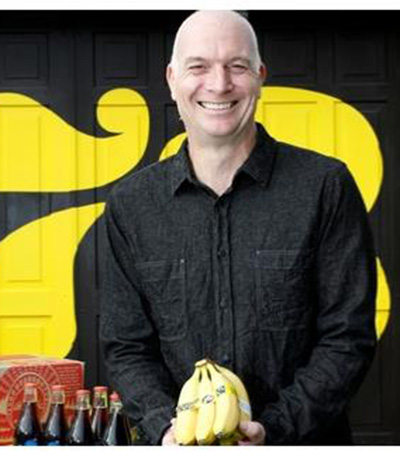 New Zealand company All Good Organics, which imports Fairtrade bananas and produces the Karma Cola drink, has won an international award for their ethically sourced food and beverages.

The “Fairest Fairtrader” award was presented to All Good Organics in Germany late last week.

This was the first ever awards hosted by Fairtrade International, who set industry standards for Fairtrade products.

The “Fairest Fairtrader Award” recognised All Good Organics “special efforts or innovation by outstanding individuals within the global Fairtrade system”.

“We’ve kind of gone a bit beyond Fairtrade with that in that there is no such thing as Fairtrade-certified cola nut, although there is a lot of it traded in Africa.”

Coley said All Good sourced its cola nut from Boma in Sierra Leone and part of the proceeds from every bottle of Karma Cola sold went back to that village.

Some of the money from Karma Cola sales was used last year to build a bridge, which meant that for the first time the people of Boma could get vehicles to their village.

All Good first brought bananas into New Zealand in 2010 and is now selling 60,000 bunches a week here.

Over 25,000 bottles are being sold each week in New Zealand as well as Australia, Hong Kong, Singapore and Britain.

Fairtrade-certified products conform to standards that ensure producers receive prices to cover the cost of production.