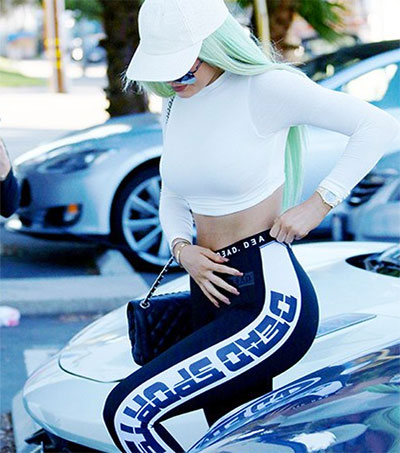 Activewear is expected to outsell luxury fashion within two years, and Australian labels are expanding aggressively and gaining recognition around the world, impressing celebrities and influencers alike. New Zealand-founded Dead Studios is riding the wave.

“After launching menswear, Moore added womenswear in 2015, which now accounts for 60 per cent of the business, with activewear making up 40 per cent of that.

“In October 2015, Kylie Jenner put Dead Studios women’s activewear on the map after posting images of herself on Instagram in the brand’s sports training tights – generating a 500 per cent traffic spike for deadstudios.com.au and a phone call from Hollywood gossip juggernaut TMZ asking what kind of endorsement deal Moore had struck with Jenner. None, according to Moore, who says he has only ever given products to celebrities, and has never paid influencer fees.

“Beyond its web store and flagships at Bondi Beach and soon, nearby Surry Hills, Dead Studios is stocked in over 60 stores in Australia, New Zealand and the US, including General Pants, Culture Kings, Urban Outfitters and theiconic.com.au.”