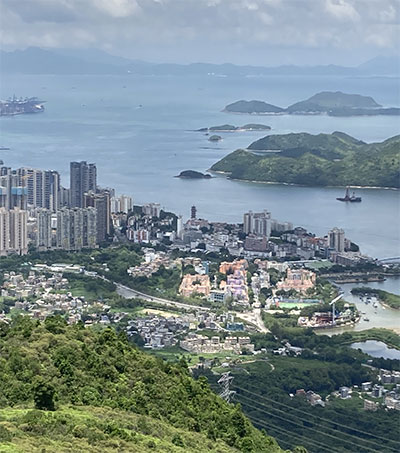 The 92km Tinworth Trail, dedicated to a former trail race organiser who died two years ago and designed by New Zealander Will Hayward, runs from the North East of Hong Kong to the South West, starting at the mainland border in Sha Tau Kok, and ends in Tai O on Lantau. Mark Agnew reports on the new running route for the South China Morning News.

The route was created in the image of the famous four trails that preceded it – the 100km MacLehose, 78km Wilson, 50km Hong Kong and 70km Lantau Trail.

It offers a unique way to explore Hong Kong.

“I like that it’s really varied and that there are lots of quintessential Hong Kong experiences,” Hayward, 55, said. “After Tai Mo Shan, about 2km on from [Route Twisk] you basically run through the kitchen of a restaurant.”

Hayward is Dean of Social Sciences at Lingnan University.