To Understand What Is 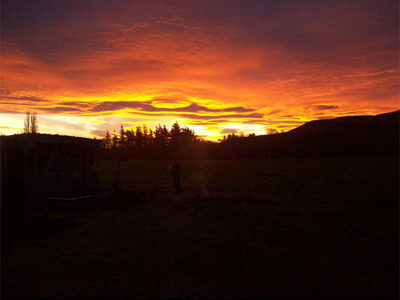 D finishing planting in the back paddock at Waiohiki against a Matariki Sunset.

Kia ora. This is my 50th posting of Nga Kupu Aroha and my first for 2012. Since commencing the blog in 2004 I’ve provided something like quarter of a million words, intended as expressions of love from Aotearoa’s social edge. When you get to 50 of anything its worth taking a bit of time to reflect, so I’ve left things lie fallow for a while. Now, Matariki has passed. Nature is refreshing, and there are stirrings in the soil. I’ve been planting and I feel compelled to write again.

In an age of brevity my writing is somewhat long winded and ill disciplined. In April I gave a Unitec graduation address at the Auckland Town Hall (posted on www.denisoreilly.co.nz if you want to read it) and really struggled to get my korero under ten minutes in duration. I had too many words and too much to say. So, I’m aiming to make my writing more succinct.

It’s worthwhile recapping past issues of Nga Kupu Aroha and where we’re at with the kaupapa of the Tribe of Nga Mokai. For the first part I’ve tabulated the blog postings:

These encapsulate recurring themes and recurrent thoughts. Theory X or Theory Y? Potentiality or Jansenism? My glasses are prescribed to see the good and that is apparent both in my words in my deeds. No apologies or regrets there.

And where have we got to since we started out?

The work in Wellington goes at a pace. There are now 960 people using the Consultancy Advocacy and Research Trust’s Whanau Ora service and the Achievement Gym (www.cart.org.nz). In the Hawke’s Bay we also press ahead with the programmes at Waiohiki (www.waiohiki.co.nz and www.waiohikiartsvillage.com).

Nationally the methamphetamine issue is trending in the right direction. I ran a seminar at Auckland University in late May and the general feedback from across both supply reduction and demand reduction streams seems to confirm that there are fewer people up-taking use of methamphetamine and that the overall user population has reduced (“Police hail a ‘dramatic drop’ in the use of P”, Simon Collins, NZ Herald, 31 May 2012). One wouldn’t want to declare victory yet though. Use has consolidated amongst a dedicated user population. Moreover we witness supply-driven spikes of usage where dabblers who we may have helped beat their habit get rolled back into patterns of use.

So, we’re having an impact (‘we’ being all parties involved) but more work is required and we face a dynamic market. For instance if we think of our experience with methamphetamine in terms of a ‘product life cycle’ we might say that we have reached a ‘market maturity’ stage and are starting to witness ‘demand decline’. On the other hand we could see ‘product re-launch’ (same shit different package) or a dramatic change in the market structure affecting price. Whilst the noticeable reduction of seizures of pre-cursors (generally Contact NT – an across the counter pseudoephedrine freely available in China) there is still ready supply of meth itself. We may face other possibilities. I mean we know that Mexico is a prominent source of high grade crystal methamphetamine produced through a network of super-laboratories and we are now getting a Mexican presence in the NZ meth scene, specifically in Auckland. The dots may not join up yet, but, kia tupato!

On the gang front – at least as regards the Mob and the Blacks – the hard work we have been putting in over the past five or so years is paying dividends. Even when things blow up from time to time the protocols are such that we generally get things sorted out through a few phone calls, or, if required bring in a team of experienced conciliators to build local dispute resolution capabilities. Hon Dr. Pita Sharples deserves a lot of credit for enabling this. Over the summer we ran a series of youth events at the Napier Soundshell (Talent Upload and Maori Motown) and another for Matariki.

After the New Year’s celebrations at the Soundshell there was a stabbing, purportedly because of conflict over colours. To counter that we worked with the leaders of the BP and MM to institute an informal ‘colour blind’ policy for local public events – it just doesn’t matter what you are wearing, it’s your behaviour that counts. It was such a buzz the other night at Matariki seeing a couple of the older MM rangatira sitting right up front at the Soundshell, visibly demonstrating their support for the policy. And you could see the effect. Within the Soundshell precinct there were kids playing all over the place, running around have a good, safe time. And the teenagers too seemed really relaxed, enjoying the opportunity to show their affiliations, if that was important to them, without having to risk dangerous consequences. In turn I noted the respect they showed and their deference to each other and to the various street rangatira regardless of which group they were with. It was, as one parent told me, “just like old times”. 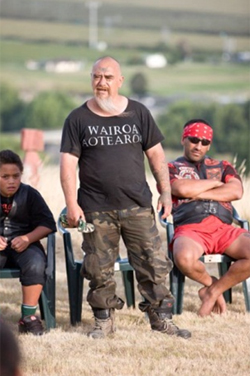 Of course there are always ambiguities. There have been allegations made against some Mongrel Mob members in Dunedin over dealing in cannabis, and moreover, allegedly using Government supplied funds to do so. A number of people have been arrested. Without presuming or intimating guilt on anyone’s part, and rather than reacting with shock and horror, one may take comfort that the arrests indicate that we have a system that is working. On one hand people are resourced to do stuff that is good for society. On the other hand, if those resources are to be used illegally or counter-socially, then the forces of the law intervene. I mean, let’s face it, Maori gang members are under heavy and constant surveillance and stepping out of line is hardly likely to be allowed to go on for long. The NZ Police have set up a dedicated group to deal with organised crime (OFCANZ) and their website informs us that:

“Identifying organised crime by ethnicity or activity remain useful aids for Police when dealing with the day-to-day activities of overt organised groups.”

I’m not sure we can say that this is short hand for “watch those bloody Maoris” but crikey, if we were using racial profiling on Pakeha what would happen if we had paid closer and earlier scrutiny to points just north of Dunedin, say in South Canterbury, where an extraordinary amount of Government-derived cash was used to line pockets? That said, there are also examples of some heavy-handed and ultimately counterproductive action on the part of the forces of law. I think that most Kiwis have come to the conclusion that both the Urewera raids and the Kim Dotcom saga are examples of OTT policing. It is not insignificant that in both instances the Police themselves have been found to have acted illegally. Some commentators have suggested that policing becomes framed by scenes from Hollywood and I sometimes wonder myself if our undercover spooks watch programmes like The Wire too much and confuse Kiwi street life with The Sons of Anarchy and Australian Bikie Wars. 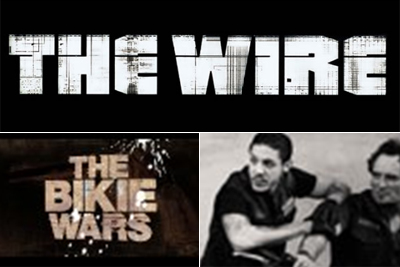 And here’s the rub. I’m dealing with a couple of current situations where people who I consider to be, in the main, ‘pro-social’ gang leaders, have tried to sort things out at a street level. This may mean that they have had communications between one another. OFCANZ seem to be monitoring most of these communications whether they be by voice or by text. Depending on your lens these communications can be the dialogue of people sorting out trouble and ensuring the safety of whanau and friends, and at the end of the day the public at large, or some nefarious conspiratorial plot. It all depends on the reality of your intelligence and its application in the community context. Does the drone operator see a group of Taliban or see a wedding party? Locally in the Hawke’s Bay the Police have centralised their operations in Hastings and pretty much left the Napier station to a field arm of OFCANZ. I wonder if context will be compromised. Commissioner Peter Marshall, rejecting assertions that the Police are being run as “a business” says that the intention is to run the Police in a “business-like” manner. That might include notions of cost-consciousness and benefit-cost. How do Dotcom and the Urewera raids line up on that basis? Community realities are the Police’s market realities. I realise that these things swing like a pendulum and that OFCANZ want some scalps early on in their operationalisation phase, but hell, I hope we don’t end up throwing out the baby of resolution with the bathwater of offending.

When the bust I previously referred to went down in Dunedin I was impressed to hear Tariana Turia refusing to run for cover, saying that if we are to work at the social edge with the hard to reach and the difficult to deal with then we need to be prepared to take risks. Jimmy Baxter put it like this:

To love in safety
Is not love; the chains of love are what
We make ourselves

James K Baxter: To Understand What Is

So much more to say, so many topics. But, here, true to promise, short and sweet. See ya.