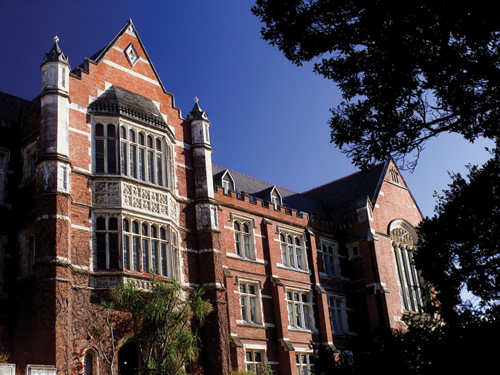 The Design of Cultural Identity

The design of cultural identity; the brand state; the dream thing. These are significant areas for discussion. I have definite points of view, and I appreciate the opportunity to share them.
I wear many hats; as an information architect, publisher and producer; as a historian; as a businessperson running a global practice; as someone committed to living in New Zealand, but who also wants to love the experience (because we can be so hard on ourselves).

My starting point for thinking about the relationship of Finland to New Zealand’s own journey was simply to look at our relative locations. You can see here from Time magazine that Finland is up top but right smack in the middle of things – but we seem to have slipped off. Wired magazine has Finland by the centre spread, we didn’t rate that day; this is from London. So much for Germany. I expected Australia to do the right thing. Worth USA takes the cake.

So, in discussing identity, we’re really high on mystery. Finland, at least, makes it onto the map.
I started a personal project in 1998 with Kevin Roberts to explore our national identity, to define a role for our country in the world, and to do this on the web to a global audience.

The project arose from two observations. The first was that our story to the world – and to ourselves – was muddled. Mono-dimensional, confused myths, introspective, no global view, a poor sense of history, little imagination, no focus, wrong imagery, an absence of metaphors.

Our global tourism proposition has been very effective attracting international audiences, but the dissonance with our domestic behaviour is screamingly apparent whenever we pick up a newspaper. One cannot call this integrated marketing.
Our second observation was that 20% of our population does not live here. This is world record proportions. The Sydney Morning Herald reports in a panic that one million Australians are living overseas, half of them earning over $100,000. That New Zealand has the same size Diaspora from a population five times less than Australia, has not resonated.

The observation is that, collectively the most intelligent, influential and affluent section of the New Zealand population is not at home. Gone exploring.

In a governance sense, we’ve had a massive loss of talent from our economy – with no comprehensive export mindset at home, and no strategy for connecting up with our one million “expatriates” to build them back into our GDP.

Being storytellers and business builders, Kevin and I started a long term project to build a robust new set of myths based on a compelling metaphor, new imagery, and an emotionally positive way of thinking about our people, our achievements, our identity, and our role in the world.
The metaphor was given to me by Kevin Kelly, founding editor of Wired. I drove Kevin to Karekare, as one does, when he visited in 1996.

He said that New Zealand was really easy to understand, because in biology – his genre – change and innovation occurs first on the edge of a species, where the population is most sparse.

New forms of life emerge on the margins, away from the deadening effects of the center. The excitement is on the wing, not in the scrum.

So we had our single word equity – Edge.

Edge fits us perfectly, not only for locating us physically on the globe, but in playing to our phenomenal potential to innovate, to design, to make and to market.
We short-circuited the commodity known as knowledge and went straight to premium territory. Leading Edge. Cutting Edge. Competitive Edge. Edge of your Seats. Edge of the World,

Edge is a metaphor that has universal meanings. The Edge is a place of risk and reward. Attack and defence. Local and global. Unleash and inspire.

Edge is a theory. This is The Deviant’s Advantage: How Fringe Ideas Create Mass Markets.

This is John Brockman’s edge.org, a salon of the world’s most complex minds.

1. Introduce metaphors and contemporary frameworks for NZers to articulate who we are, and to leverage our uniqueness.

2. Increase the prosperity of the country, in spirit and in pocket, by spreading the edge DNA thickly over the culture.

3. Build an emotional connection with the global community of New Zealanders; and

4. Build a local/global brand for Aotearoa by re-figuring an identity based on high achievement in creative, technological and social dimensions.

The possible population of this virtual Edge country: five million. The New Zealand Edge community is currently the size of a New Zealand town, and present in over 400 global locations. Person by person, we’re building emotional connections around the globe.
The site is a rich environment, with media, links, forums, mailboxes, an emporium, music and pictures.

People write to us about being homesick, about coming home, about leaving, about celebrating their New Zealand Edge spirit, about affirming who we are.

Edge is a liberating metaphor. A shift supervisor wrote this week from Townsville and said, “It’s taken me 25 years to find this site, and this Kiwi is proud to be part of it.”

And this just in from a civil servant in Brighton: “I felt like someone woke me up from a bad dream – finally I belong and someone is speaking my language. I knew what the edge was before I came onto your site. I’m not special but I dream big and it happens if I want it bad enough because I make it happen.
“This is all part of being a kiwi and proud of it. I’ve been an ex-pat for 9 years, but I know what I have waiting for me at home, and it is treasured. I look forward to continuing to spread the word about our gem in the bottom right hand corner of the globe.”

We have are forums and essays. Turi Park’s open letter on growing a New Zealand visual language is one forum, full of provocation. There are research reports, blogs, ways to connect.

The principal connection is through people, our inspirational players, and the telling of their stories. What better way to turn a young person onto mathematics than knowing the story of Alexander Aitken, one of the greatest mathematicians of all time. Otago Boys’, Otago University.

That the greatest linguist in history, Harold Williams, grew up in Christchurch and Auckland and was a pastor in Ingelwood. That the largest pharmaceutical company in the world Glaxo started not 100 miles from here. That the most decorated woman of World War II, Nancy Wake, was born in Roseneath. That the originator of industrial design was Aucklander Joseph Sinel.

We’ve presented the lives a multitude of Edge people in a series of biographies on the website. Maurice Wilkins, Nobel prize winner, once of Kelburn Parade. Rewi Alley: Gung Ho means “work together.” Richard Pearse, Bruce McLaren, Jean Batten, William Pickering, Arthur Lydiard, Godfrey Bowen, the man who changed world economics by his method of shearing a sheep, Colin Murdoch of Timaru, designer of the tranquilliser gun and the disposable syringe. The great Tex Morton, my favourite story. And contemporary locals, like Russell Crowe, born in Strathmore Wellington.

Our hero stories are tracking 70,000 page views a month, and growing exponentially with events like the 50th anniversary of Hillary’s climb. We’ll have one million page views this year – and this is viral, not driven off advertising or PR.
We’ve built a substantial audience among schools through our hero stories and education resources, and through speeches which seek to internationalise our perspective and encourage young people to take on the world from the edge by “going into export”.

New Zealand Edge features in international identity studies, and is taught in universities, for example in the Philosophy and Religious Studies Department at Canterbury as part of their paper on post-modern identity.

We’ve created an environment that can increase the creative and financial interchange between New Zealanders here, and our overseas population. Developing our Diaspora is a $10 billion idea, and this process has been started by just a few committed, globally-minded businesspeople who have backed this idea with imagination, time, money and resources.
The design of a self-empowered meta-identity is critical to fuel New Zealand’s emergence and independence in the 21st century. We are largely ignorant of our own uniqueness. It is interesting to look at other cultures in terms of process and policies, but the path to abundance will come only by digging deep into ourselves, our culture, and then reaching across the globe.

And as we make critical decisions about foreign policy, there is no doubt that we need a strong sense of self – and a staunch appreciation that our role in the world, is to be its Edge.