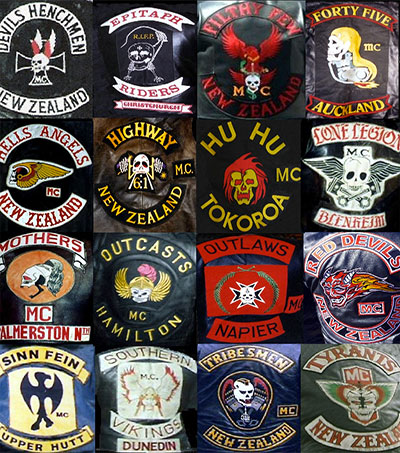 Why New Zealand Has So Many Gang Members

“For a quiet country, New Zealand has a peculiar problem with gangs. It is reckoned to have one of the highest membership rates in the world. In a population of 4.7m, police count over 5300 mobsters or ‘prospects’ who are angling to join. Cumulatively, that makes the groups larger than the army,” E.A.D.W explains in an Economist piece.

“Bikers like the Hells Angels and posses from Australia are among its 25 recognised groups, but two Maori crews dominate: Black Power and the Mongrel Mob. They are remarkable for their subcultures as much as for their size.

“Members signal their allegiance by sewing patches onto leather jackets or branding themselves with dense tattoos. A closed fist marks Black Power, which took its name from the American civil-rights movement, and a British bulldog signals the Mongrels. In all, Maori people make up three-quarters of the country’s gangsters.

“They have dominated the gang world since the 1970s, when many had moved to the cities where they endured discrimination and ended up in poverty because of difficulties finding work. Opportunities have improved since, but life is often harder for indigenous people than for other New Zealanders. They do worse in school, suffer poorer health and die younger. Some turn to the gangs in search of power or oblivion. Some become members in jail, forced to join a crew simply to protect themselves. Others seek something more positive: whanau, or community. Many recruits join simply because their fathers are members. The gangs, they say, are like a family.

“The popularity of methamphetamines within the gangs has also undermined them. A handful of leaders have banned the drug’s consumption after witnessing the damages it has wrought on their communities. Some have attempted to clean up their branches in other ways. The groups used to have horrific reputations for gang rape, but Black Power now prohibits it, and has also moved to reduce domestic violence more generally. Female associates of that group and of the Mongrel Mob report that their lives are much improved. But while reform-minded members of the more established groups are maturing, a younger set of LA-style street gangs is rising in New Zealand, many of them Maori and Polynesian. Their bling-obsessed teenage recruits are violent and unpredictable – and are quickly filling up the prisons.”