Carl Bradley died suddenly last week. Just 52 years of age. He was a friend and colleague. Carl was an Aikido 4th Dan black belt and on an upward trajectory in his sport. He was a military historian and the historian for Clan Donald (Mac Donald) in NZ. Carl Bradley is the author of Outlaw Bikers & Ancient Warbands due to be launched in August. The promo for the book says:

“This book is the first to compare the shared cultural tenets of ancient warbands and outlaw biker gangs. It argues that the values of hyper-masculinity can be traced from the former into the contemporary environment of the latter: codes of honour, loyalty and bravery have prioritised small groups of males over women and other men, creating a history of hyper-masculinity that shows little sign of stopping. Indeed, Outlaw Bikers and Ancient Warbands: Hyper-Masculinity and Cultural Continuity argues that such hyper-masculine culture can be found in many male groups such as the police, military and sports, and that if we want to understand hyper-masculinity and face it as a society then we need to recognize that outlaw bikers are a reflection of behavior that has a very long tradition. This pioneering work explores these issues from ancient times and into the future.”

Denis O’Reilly, Chairman, CART, Riai Aikido Dojo, Wellington, 2nd June 2021
Here are my public words of farewell. My private words were shared with his whanau and my Black Power brothers as he lay in state in his dojo at Wainuiomata. I heke nga roimata, tears flowed.

Kia ora tatau te whare:
Alone we are born
And die, alone
Yet see the red-gold cirrus
over snow-mountain shine.
Upon the upland road
Ride easy, stranger
Surrender to the sky
Your heart of anger JKB

These are the words of Hemi, James, K Baxter, that imperfect man and poet whose social ethos that some of us follow, is, that, despite our personal failings, to make the world a better place, all we have to do is to make ourselves available.

My name is Denis. I speak on behalf of Mana Mangu, Mangu Kaha, Black Power NZ, and I speak for CART, the Consultancy, Advocacy and Research Trust. We in CART are a collaboration of optimistic misfits, individuals and whanau who live, generally, on the social periphery.

We were blessed to have Dr. Carl Meredith Bradley join us at CART and, as a trustee, to contribute to making real the aspirations and dreams of our community, the tribe of Nga Mokai.

May Christ
Have mercy on us when we die
The tribe of Nga Mokai
Who can do nothing well
May he keep us out of hell. JKB

Like Maori do now, the ancient Celts believed in an afterlife like that, which we who remain enjoy, but without all the negative elements of disease, pain, and sorrow. In this sense, there is little to fear from death when one’s soul departs one’s physical body.

This may be something of a consolation to Carl’s mum and dad, Joy and Alan, his children Joshua and Shahade, his siblings, his mokos, his extended whanau, and his lover, Aida. Nga mihi aroha ki te whanau pani.

But let’s not kid ourselves. Carl Bradley has left us before his due time, and it is hard to put a shine on his absence from our lives. For me he was my succession plan. I had shared with Carl my desire to see him assume the captainship of our leaky waka, CART. Sooner rather than later. Now, sadly, never.

For our kahukura, our Black Power troops on the ground, Carl was to be their mentor as they entered the tricky-shit world of academia. We had plans, and, damn, was Carl excited about them. But, not to be. Carl has fallen, and we must proceed, without him.

Life is not fair, nor is society, left unbridled, without the influence of those who say “No, that’s not right”, and who decide to do something to bring the pendulum back to a more equitable reality. This is the universal challenge. Think globally, act locally. As our friend Tigilau Ness of the Polynesian Panthers sings: “In our thousands, in our millions, we are all Palestinians”.

Those who refuse to accept what is unjust and unfair are our social and cultural warriors, and Carl Bradley was one such person. What are the hallmarks of this assembly? Tikanga, a sense of Justice; Maia, courage; Whakamana, respect and politeness to others; Pono, loyalty, honesty and sincerity; Mana whakahaere, character and self-control, and the one that binds them all, the characteristic that Carl Bradley had in spades, Arohanui, the love of the many.

Love is the answer to the dark voices
Of the demons that trouble us when youth has gone,
Saying, “You fool, you have had your day
And wasted it.” The spirit of a spring morning
When the wind moves gently over the grass
Is enough to tell us that the stone at the door of the tomb has
been lifted.

I have seen the boulder lifted
From the back of the tribe. I have heard their singing voices.
I have felt their hands like the wind on the grass
Stroking my cheek, when it seemed all hope had gone,JKB

No reira, tatau taonga, ko Carl, haere. Don your academic regalia and floppy hat; dress for the dojo with your Gi; gird your loins with your clan Donald tartan, sporran, and dirk; wrap yourself in your korowai, and carry our love with you as you head into the spirit world.

This is the time of Matariki where the recently departed gather. Go Carl. Meet your ancestors of Ngati Hauiti and Clan Donlad. Have a hongi with our fellow trustee Waddy Wadsworth passed only days after you. Say hello to our other brother trustee Te Rangatira Jack Tuhi. You won’t get a lot out of our CART kaumatua Bill Maung Maung, dead now a decade and potentially already reincarnated. Farewell brother. Goodbye friend. Haere, haere, haere atu ra. 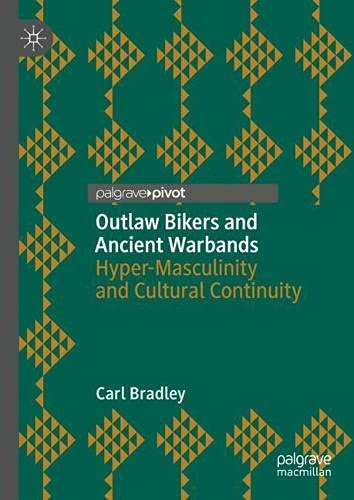