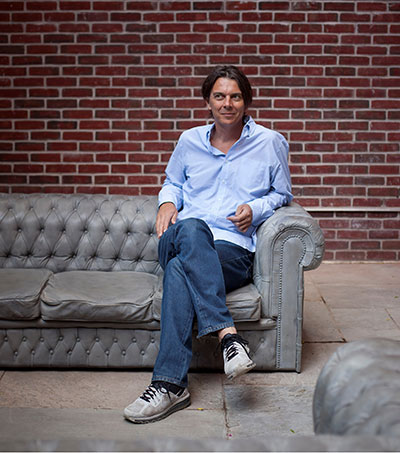 The Ludlow joins a hospitality portfolio that includes the Waverly Inn, the Park restaurant in Chelsea, the Maritime, the Jane and Marlton hotels on the lower west side and the Crow’s Nest in Montauk.

Together, says The Observer, MacPherson’s properties have defined Downtown cool for 14 years thanks to a canny grasp on timing. As the glitterati and the fashion set took note, he pulled off the minor miracle of making hotel restaurants cool again.

Yet for all the glitz of the clientele, MacPherson has built his reputation on a slightly old-fashioned design aesthetic that emphasizes maker-details like casement windows, marble mosaic floors and turned-wood bed frames.

“I never want to do something that smacks of being hip per se, and there’s something nice about real things, real materials, real comfort and all that type of stuff,” says MacPherson. “I think that’s ultimately some kind of luxury.”

“I always like the mix of all these worlds, a café society of high and low,” explains MacPherson, whose aim for the Ludlow is for it to build its own scene in a similar way to the other hotels in his group. Each place occupies a unique spot in its own neighborhood.

“Of course, we end up with some high-profile clientele, and that’s part and parcel of what we do,” MacPherson comments, with his unflappable, beachy serenity. “But it’s definitely not the core of what we do. It’s all part of it, and I think a place is more powerful if it does all of those things.”

His mother, American Janet MacPherson, was a champion surfer in New Zealand and his father, legendary music impresario Tim Murdoch, appeared in the classic surf film The Endless Summer. “While Mr. MacPherson himself favors a short board when riding in Montauk, there was more to his upbringing than tasty waves and a cool buzz. “I studied philosophy and business,” confesses the graduate of the University of Southern California. “But my mum was paying my way through college, and she was like, ‘Philosophers drive taxis. Do something more practical.’”