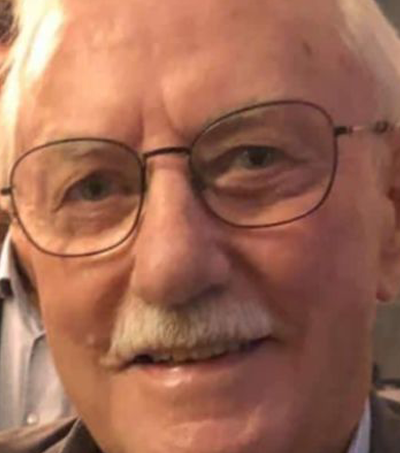 Geoff Andrews, a leader and organizer of the New Zealand community in New York City, died on December 30, 2021, at his home in Ocean Grove, New Jersey, aged 76. He lived in New York for 40 years, having previously served for a decade in the Royal New Zealand Navy from 1961 at the age of 16 on HMS Rotoiti, Taranaki, Philomel, and Blackpool. He played rugby for the RNZN and also represented the RNZN in softball and athletics. A centre, Geoff played for the College Rifles senior team in Auckland and was selected for Auckland senior team and Auckland B. Following the navy and rugby, Geoff farmed for most of a decade in the Waikato and by chance applied for the position of coach of the New York Rugby Club. “Stunned” he wrote learning of his appointment, he landed in the Big Apple in 1982 and continued his involvement in rugby coaching until 2005, his last role being coaching U.S. freshman players at Lafayette College in Easton, PA. Geoff’s business, professional and community roles in the United States included representing the export division of Wrightson NMA, Fletcher Fishing, the Fishing Co-Op of Finland, the NZ Lamb Co-op, and Kea New Zealand. Geoff was convenor or co-convenor of a multitude of New Zealand events in New York City over many years, built a large database of Kiwis in the USA and published a regular newsletter, hosted tables at Irish pubs in New York for Saturday morning All Black matches during their European tours, was instigator of the New York City Dawn Service on Anzac Day at Battery Park, and numerous other initiatives and helping hands. Writing in Rugby Wrap-Up, Matt McCarthy summed up Geoff as “simultaneously a friend, mentor, confidante, coach, teammate, facilitator and sounding board.” Geoff was married to Nancy who was Senior VP of audience research for NBC News and Sports, attending 10 Olympic Games. A WeRemember page recalls Geoff’s life.