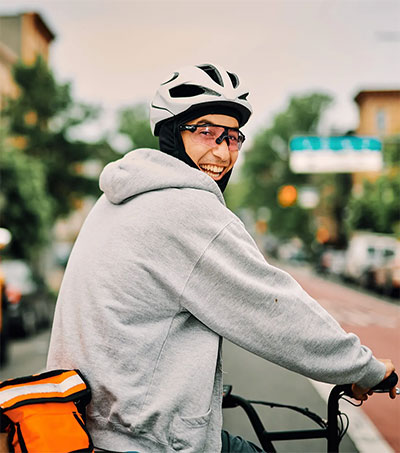 “Tom’s Juice isn’t really a juice company. It’s more like a brand that sells juice,” Wright says. Though he started juicing as a side hustle in 2019, it became a permanent pivot when COVID-19 struck and Wright’s other gigs fell through.

No stranger to the streetwear scene, Wright had a brand back in New Zealand called Shark Week, and he believes his retail experience contributes to his business approach today, McGlinchy writes. “I think my background helps because I still look at Tom’s as a fashion brand in some way,” he says. “But instead of selling jeans and T-shirts, it’s juice.”

The corporate vibe at bigger chains is antithetical to the experience of ordering from Wright, who hand-delivers each juice on his bike, rain or shine.