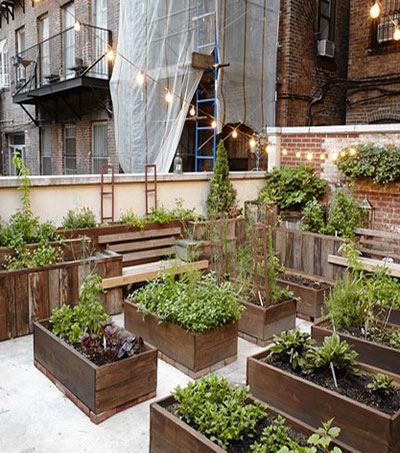 “The Musket Room serves New Zealand cuisine with an impeccable presentation, adding a bit of whimsy with touches, such as edible flowers. And it is shaking things up with a revamped cocktail menu” writes Jana Zabkova for the Wall Street Journal.

“More than anything, New Zealand cuisine is about seasonality,” says chef and owner Matt Lambert, who tends an herb garden out the back of the restaurant.

“Knowing where things come from and letting your ingredients shine, that’s what New Zealand cooking is all about.”

The herbs make it into the cocktails as well as the dishes. The Greenstone contains a mix of mescal, lemon grass shrub, lemon and coriander, served with a garnish of mint from the garden.

The drink is “by far our most popular cocktail,” says Mr. Lambert. It pairs well with the cold smoked scallops, the restaurant’s signature appetizer.

Other new cocktails use herbs and have a distinctly New Zealand flavour in their taste and names; the DD Smash, the Desert Road and Mana Island Tea.

Dishes at the Musket Room are plated as works of art and though the portions are dainty, every mouthful is bursting with seemingly dozens of flavours.

The New Zealand red deer with flavours of gin is inspired by Mr. Lambert’s memories of growing up near a deer farm, and the meat is sourced from New Zealand.

For dessert, Mr. Lambert says every New Zealand restaurant has to have a Pavlova, named after Russian ballerina Anna Pavlova, on the menu, a Kiwi favourite.

Mr. Lambert moved to the U.S. with the goal of earning a Michelin star one day. The Musket Room did so last year, just four months after opening, leaving him “stunned and honoured,” he said. “I don’t think many people have seen me cry, but I’ll happily admit I cried like a baby speaking to the staff that night.”