Edge in the heart of Tinseltown

Russell Crowe and Crouching Tiger herald a takeover of Hollywood by the rest of the world.

“From the beginning he was destined to be a star,” says Martin Bedford, Russell Crowe’s agent of 17 years. 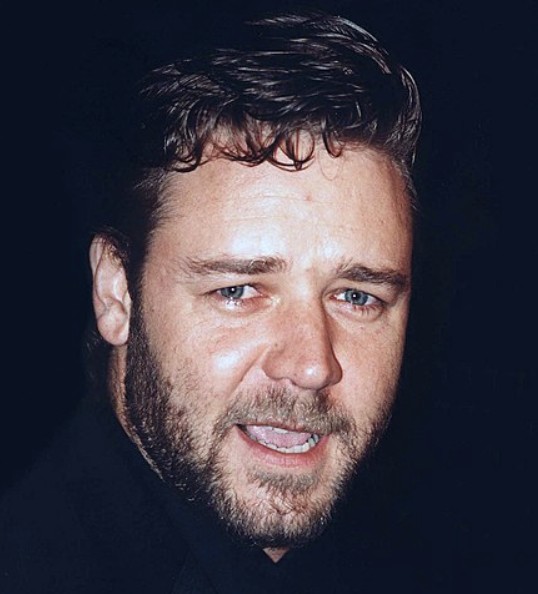 Will it be “Crowe, Russell Crowe” next time 007 hits the big screen? “To play Bond, you need a man who has great screen presence and is believable in the part. Looking at him,…

Russell Crowe laughs off kidnap threat: “Quite frankly, if they had to spend that much time in a small room with me… one of them might end up saying, ‘Look, pass the hat around,…

Russ of the jungle

Russell: Charismatic, attractive and talented, but also fearless, said Sharon Stone years back. He proves her right on the screen and in the jungles of Ecuador.

More stories from across the globe: “this moment is directly connected to those childhood imaginings” quotes The Advertiser; Crowe “shocked and emotional” in the LA Times; “I was thinking this is one of those bad…

Taking the edge to the world, Russell Crowe and former Australian Channel 9 boss, now Telstra board member Sam Chisholm are examples of Kiwi excellence that “will always float to the top”.

Future films Flora Plum and John Nash biopic will “stretch Crowe to show the extent of his capability and range”.

Star of the year

“What we do in life/echoes in eternity.” Russell “Maximus” Crowe gets a second Best Actor nomination (last year was for The Insider), continuing a fine run of Wellington actors and filmmakers who have been…

It’s official – Sunline is the Russell Crowe of the racing world. The New Zealand and Australian horse of the year, Kiwi Sunline is also Australasia’s biggest money winner. After her December 17 Hong Kong mile…

“We already knew from The Insider that Crowe was a fine, subtle, vanity-free actor, happy to ruin his looks to play pudgy and useless. But Gladiator and Proof of Life prove that he’s also a great movie…

Crowe’s “breakthrough film” released on DVD: “Crowe is electrifying as the brutal head of a group of neo-Nazi skinheads who harass the Vietnamese community in contemporary Melbourne”.

New DVD’s reveal Crowe’s dark, pre-Gladiator side: “With his shifty eyes, stocky frame and ready fist, he was born to be the heavy. His roles have included portrayals of a neo-Nazi skinhead (Romper Stomper),…

Amazon keeps count of DVD pre-orders. Gladiator gores Perfect Storm 80 000 to 30 0000 . Also due out on DVD is Crowe’s “breakthrough performance” in Romper Stomper.

Does Bill Bryson bring Russell Crowe to mind? For some book reviewers, anything south of the equator can be connected with the Edge’s hunkiest export.

Crowds packed, paid up to $300 and queued for up to 12 hours to get into Stubb’s Bar-B-Q in Austin, Texas, for a performance by an unknown country-rock band called Thirty Odd Foot of…

“Hollywood’s golden girl Meg in marriage split … Crowe has become Hollywood’s latest heart-throb since starring as Maximus, in the summer’s most successful blockbuster. Ryan is reported to have spent considerable time with Crowe…

“What we do in life echoes in eternity,” Russell Crowe as General Maximus says while admonishing his battle-ready troops in Gladiator. And what we do at the box office echoes in our paychecks”.

Crowe’s accent crosses the expanses of the globe and the distance of time in the Gladiator – Owen Duggan corrects the notion that it’s Bondi-based, and Christine Kenneally muses on the sound of things ancient…

Answer: Russell Crowe is originally from New Zealand. (4 May 2000)