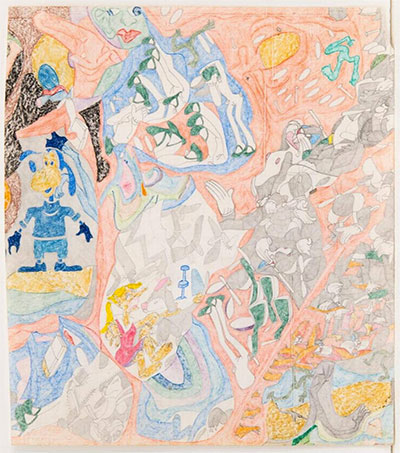 New Zealand artist Susan Te Kahurangi King’s debut museum exhibition in North America opens on 8 July at the Institute of Contemporary Arts (ICA), Miami. The exhibition includes some 60 works, many of which…

New Zealand internationals Simon Elliot and Andrew Boyens have been signed with Californian team Chivas USA. Elliott, a standout for New Zealand at the 21 FIFA World Cup, joins Chivas on a free transfer…

In late February, Soprano Dame Kiri Te Kanawa performed works by Handel, Debussy, Vivaldi and others at Fort Lauderdale’s Broward Center for the Performing Arts, her first performance in the state of Florida in…

Scott Dixon, 29, has won the Indy Japan 300 mile auto race at Twin Ring Motegi in Motegi, northeast of Tokyo and first place in the IndyCar series with one race remaining. Dixon recorded…

Raglan may be home to “one of the world’s best left-hand surf breaks”, but the town is also garnering international interest for its relaxed isolation and its arts scene. “Bohemian” Raglan writes the Lonely…

A Miami Herald feature puts the spotlight on the man behind 42 Below’s aggressive US marketing campaign: James Dale. Despite having no professional training, 35-year-old Dale has successfully carved a niche in the ultra-competitive world American liquor…

Keisha Castle-Hughes continues to win over critics with her star-turn as Pai in Whale Rider. USA Today calls her “the discovery of the summer,” and the Miami Herald hails her performance as “the…

Michael C. Corballis, Auckland University psychologist, is “the latest proponent of a controversial idea known among language experts as ‘gestural theory.'” His most provocative idea: the inception of speech was a “cultural invention, like writing” rather than…

Elizabeth Knox’s Black Oxen is “lush, dark and puzzling,” as well as “startling and strangely satisfying”.

What does an Irish pub in Miami serve to go with the Guinness? New Zealand lamb, cooked Mediterranean style!

Fire poi are “trendy, hypnotizing and arty”, if a little confused: “The toys draw their name from the Maori people of New Zealand. Barred from speaking around men, Maori women invented poi dancing as a way…

Russell Crowe laughs off kidnap threat: “Quite frankly, if they had to spend that much time in a small room with me… one of them might end up saying, ‘Look, pass the hat around,…

“Barton’s encore – her own variations on the New Zealand national anthem, inspired by a tour of that country made at the invitation of James Judd – was full of devilish pyrotechnics, skittery bowings…

Volunteers at the new International Orchid Centre in Florida will “communicate their enthusiasm for orchids and an attitude of ‘Hell, if I can grow them, you can too’,” says American Orchid Society director of education, Kiwi…

A Kiwi in Miami offers a defence of the urge to retain national identity and pushes the New Zealand edge: “I met my American husband in my homeland where he lived many years and gained citizenship……

“Here come the sauvignon blancs from New Zealand. Hooray!”  White wines from “half a world away” are challenging the blandly commercial US natives, “they almost seem juicier than other wines, maybe because they supercharge our salivary glands.”…