Hauling a caravan behind a vintage Valiant, the Adventure Divas crew do New Zealand. Along the way they shoot pool with young film-maker Sima Urale, chill in Wellington with documentarian Gaylene Preston, are welcomed into the… 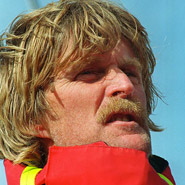 With a focus on Clark’s style of governance and personal history, CNN attempt to get behind the professional life of the New Zealand Prime Minister.

Dealing to the Queen

It’s only a matter of time before New Zealand becomes a republic says PM Helen Clark, stressing that it’s still not a high priority.

Prime Minister Helen Clark reviews the honor guard as she is welcomed to Beijing.

New Zealand will not give up on the Kyoto Protocol states Helen Clark. “New Zealand and Japan worked very hard to get it and we hope to find a way to bring the US back into…

Helen Clark, noted in Japan as the leader of a “declared anti-nuclear country”, visited the Hiroshima Peace Memorial Museum during her official trip to Japan.

International interest in the Clark government’s announcement on defence plans to 2010 .

“I find television very educating. Every time someone turns on the set I go and read a book.”  Helen Clark is in perfect agreement with Groucho Marx’s thoughts on the box.

PM Helen Clark was at the forefront of the push to make the Pacific Island Leaders Forum a defender of democracy in the region.

The WTO ruled in favour of New Zealand in the appeal against US tariffs on our lamb. The Prime Minister was pleased with the result, but said “ideally, you don’t want to be taking your best…

That’s Not a Camera Flash

PM Clark ventured on a guided tour of the Sydney Harbour Bridge super-structure. Was that an admirer taking a picture? Was it an apparition of Roger Kerr? No, the sudden illumination was lightening striking the bridge, narrowly…

Better, But Not Good Enough

Helen Clark addressed a UN meeting of world leaders, stating: “We recently announced that our next governor-general will be a woman, our prime minister is a woman, the leader of the opposition is a woman, the cabinet…

“Good bloke” politics is playing well in “reform-fatigued” Australian electorates. The new model is not gender-specific. Prime Minister Helen Clark in New Zealand may like to imply that it is, but she has profited from the same…

Helen Clark on the Edge of World Power Summit

Kiwi PM attends Conference on Modern Governance in the 21st Century in Berlin. The Conference, chaired by Gerhard Schroeder and attended by Bill Clinton, was a meeting of the world’s “third way” governments. Clark was the only female amongst the…

Not the Third Way, But the Kiwi Way: Clark Impresses in the Uk

John Monks, general secretary of the Trades Union Congress, marvels at NZ Prime Minister Helen Clark’s golden ride in government, “That’s a government that knows what it’s doing, that is business-friendly, but insists on some rules too”. …

The Future is Kiwi

Prime Minister Helen Clark has dismissed a suggestion that NZ should become a part of Australia. Former Australian Liberal Party Leader John Hewson, said it was time to consider incorporating New Zealand into a new independent…