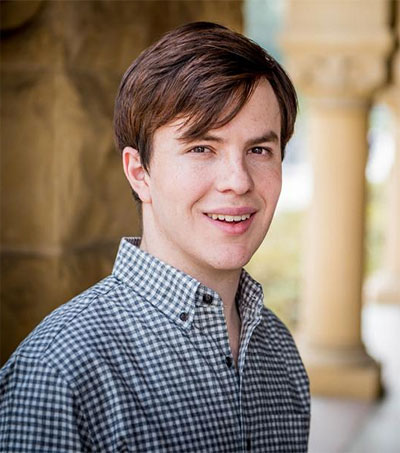 When New Zealander Jamie Beaton, 24, was in his first year of high school, he happened to bump into the dux of his school on a train, Alexis Carey writes for Australian news site, news.com.au.

The student had blitzed his final exams and was Beaton’s “academic role model”.

The pair struck up a conversation about how the older student was applying to study at a top US university – and the conversation ended up changing Beaton’s life, Carey reports.

“He had so much energy that from that moment, my goal was to get into a top university,” Beaton said.

After taking on extra academic subjects and extra-curricular activities, the New Zealander decided to apply for a range of elite schools, including Yale, Stanford, Princeton and Harvard in the US and Oxford and Cambridge in the UK.

He was accepted into all of them and graduated from his Auckland high school with the equivalent of an ATAR of 99.95.

He ended up accepting a position at Harvard in December 2012, which didn’t begin until the following September.

But his incredible feat turned him into something of a local celebrity, and he was soon approached by scores of students and their parents who were desperate to discover the secret to nabbing a place at an Ivy League university.

He decided to turn that demand into a business, launching tutoring firm Crimson Education in March 2013 during his “gap year” with co-founders Sharndre Kushor and Fangzhou Jiang.

News of the business spread by word of mouth and via social media, and soon clients were pouring in.

The company teams high school students with experienced mentors from across the globe who help them through the elite university application process and provide advice on everything from scholarships to which extra-curricular activities to embrace depending on their dream course and school.

So far, the company has helped more than 950 young people into the world’s best colleges, with 57 offers to Oxford and Cambridge and 193 offers to Ivy League universities.

It has also helped secure $A97 million in scholarships and financial aid for students.

Beaton himself graduated from Harvard University in 2016 – two years ahead of schedule – with a double-degree in Applied Mathematics-Economics and Applied Math. He was also one of the youngest in the world to be accepted to Stanford’s Graduate School of Business at age 20.

In June 2019, he graduated from Stanford with an MBA in Computer Science and Education Technology – after having simultaneously begun his PhD as a Rhodes Scholar at Oxford.

He also ran Crimson the whole time – and today, it’s valued at a total of US$260 million.