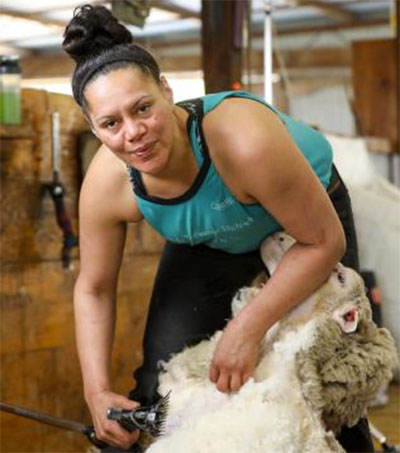 It’s one thing to shear a sheep, but try fleecing 507 in just eight hours. New Zealand-born South Australia-based Kerry-Jo Te Huia, 29, relishes the challenge and says even though some sheep are “big, tough and heavy” she can still get the job done.

“I love the physical aspect, when it gets hard, being able to overcome it,” the 2012 sheep-shearing world-record holder says.

“Most of them are my friends. The women are such a good bunch of people that we all tend to gather together and want to be around each other. The women know the struggles so they like to talk about how they do this or that.”