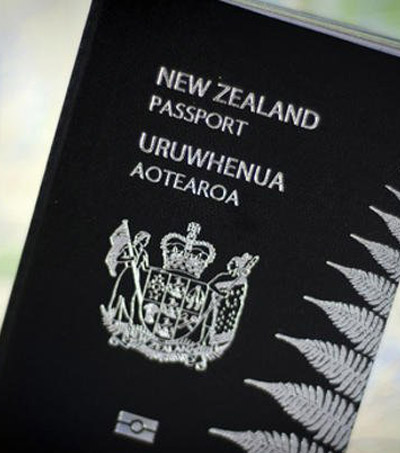 The New Zealand passport has been allocated passport power rank eight in this year’s Global Passport Power Rank. Singapore and South Korea took the first spot in the ranking with their passports allowing travellers to visit 162 nations visa-free. News.com.au reports.

Germany, now tied with Japan on Passport Power Rank two, has long dominated the world ranking, with German passport-holders previously enjoying the longest list of countries they would visit without a visa.”

But Germany has now been upset by South Korea, which is now considered the most powerful passport in the world along with Singapore, according to the Passport Index,” reports the article. German passport holders can visit 161 countries visa-free.

“The Passport Index, which is updated in real time, is one measure used to assess the power wielded by the world’s passports.”

Armand Arton, president of global financial advisory firm Arton Capital, which oversees the rankings “said as the world became increasingly globalised, the power of passports was more important than ever.”

“People don’t like imaginary borders that set boundaries to their opportunities in life. Having multiple passports has become the new norm and people who haven’t invested in this privilege feel anxious and left out.”

“On the other end of the scale, Afghanistan holds the unenviable title of the world’s least powerful travel document, allowing passport-holders to enter just 26 countries visa-free,” reports the article.