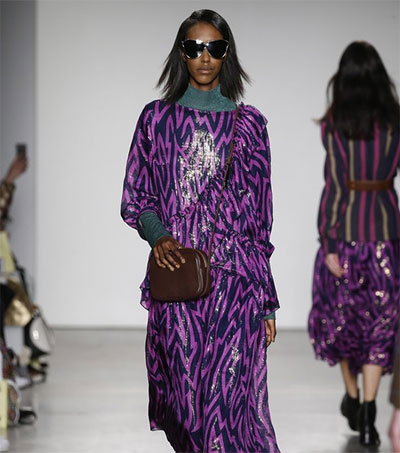 New Zealand designer Karen Walker “has a knack for transforming obscure, utilitarian references into magnetic clothing that all the cool girls want to wear and Fall 2016 was no different,” according to the Daily Mail.

“‘[Her] personal style was a mix of no fuss utility with a good amount of joie de vivre,’ the designer explained in show notes. ‘Berenice gracefully borrowed from the boys and carved her own path.’ Indeed, Abbott was one of the most independent and respected photographers during the 1900s; a woman who travelled trough the decades with an aesthetic that never faulted.”