NZEDGE  >  News  >  Arts  >  Wigmore Gets Candid About Stars and Songwriting 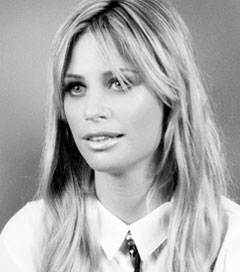 Wigmore Gets Candid About Stars and Songwriting

Platinum-selling singer-songwriter Aucklander Gin Wigmore, 27, who is currently on tour in the United States, says she is usually “quite cool and collected” around other stars, but was a little less so meeting British musician David Gray. “[In Sydney] playing on the same stage as him was a highlight,” Wigmore says. “He was cool. He was drinking punch backstage, which I thought was good because most people just drink beer. He gave me a glass and I thought: ‘Yes, you’re f***ing awesome.’ I was stoked. I was a bit star-struck by [American singer-songwriter]] Mark Lanegan, who I had a four-day writing session with. Afterwards, I thought: ‘I want to be just like Mark Lanegan,’ so I went out and got my hair feathered. I didn’t get the drug addiction but I got the hairdo.” The reality music competition television show, X Factor has just started in New Zealand. Metro UK asks Wigmore if she’d have entered. “No way. The beauty of being a musician is writing songs. That’s the best part. It’s therapeutic and honest and private. No one can attack you when you’re songwriting, it’s you and a song, which is a great place to be. Those shows aren’t about that.” “What do you miss about New Zealand when you’re away?” “The low-key lifestyle. There’s no hoo-ha. Everyone’s pretty relaxed. There’s no big drama. I really miss that when I’m in LA, London or New York. There’s so much going on and it’s like ‘raargh’ and coming back to New Zealand is like ‘ahhh’. There’s something nice about all the shops shutting at 6.30pm.” Wigmore’s second album, Gravel & Wine, is out now. Her single, Man Like That, is out on 24 June.