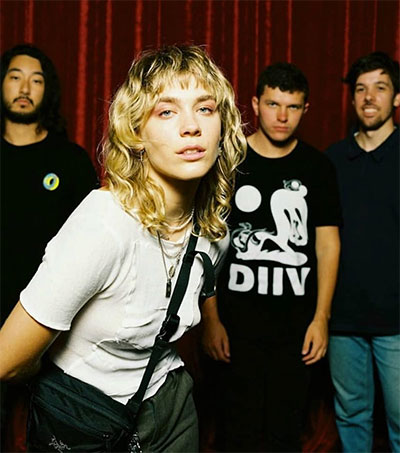 New Zealander Annabel Liddell, 25, recently completed six years of medical study in Auckland and will graduate in November, but she’s held off on a job offer and is deferring registration, which requires her to work as a junior doctor for two years to go on tour with her band, Miss June. Metro UK reports on how she juggles two demanding careers.

“I tossed up whether I might be able to do both but we just got off a two-month tour, were home for a month and now we’re back on another two-month tour,” Liddell reasons.

“We’re being pitched to tour for over six months this year so it’s not realistic for me to try.”

While she was studying, she managed Miss June on her own for five years and with her bandmates spent three years working on their debut album, Bad Luck Party, which is out now.

“We really wanted it to not be boxed into any category,” she explains, “so that took a long time in terms of writing, to make the songs sound cohesive and also to represent our journey across three years, because your songwriting changes hugely. I wrote Twitch in my first year of clinical medicine, which was four years ago, and then songs like Please Waste My Time were written a year ago and banged out in the studio within an hour.”

Twitch is one of several standouts on an unstoppable, surging set of smart and punky pop songs, its unsettling lyrics – ‘I’m not used to you being alive/I don’t like the colour of your insides/But I’ll do my best not to make it worse’ – referring to Annabel’s overwhelming first experience of cutting into a live body, rather than a cadaver. And her discovery that the anaesthetic hadn’t fully kicked in.

Miss June is currently on tour in the UK. The band plays Tiny Rebel in Cardiff on 5 October, Port Mahon in Oxford on 6 October and Rough Trade in Bristol on 7 October. The group then heads to North America.