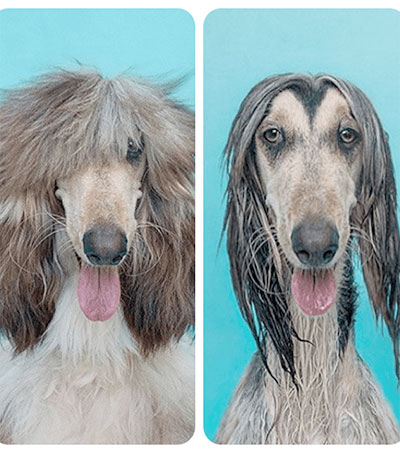 The idea came about while Hodson was washing her own dogs – a British bulldog named Simon and a French bulldog named Garfunkel – and noticed how being wet brought out different sides of their personalities.

Hodson had become interested in how portraiture could capture the story of how an animal’s personality changes in various circumstances. She was also fascinated by show dogs.

“The posing and prancing, the search for perfection. So, I wanted to combine all of these pieces of inspiration together and see if there was an idea in it,” she says.

Hodson is based in Brisbane.