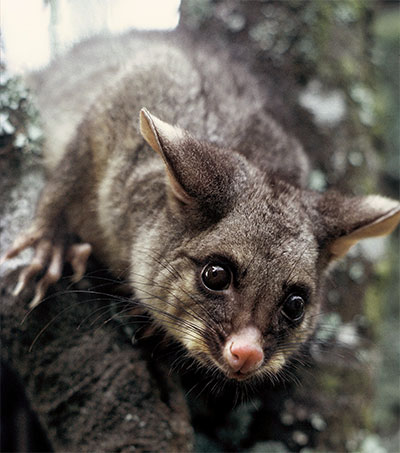 “It’s a well-known fact that New Zealand is at war with much of its wildlife. Of course, not all New Zealanders agree with this onslaught, the goal of which is to remove all non-native species by 2050,” American professor emeritus of ecology and evolutionary biology Marc Bekoff writes in an opinion piece for The Huffington Post.

“‘Killing with kindness’ is an oxymoron, the language of hate appalling, and where have welfare and conservation groups gone?” Bekoff asks.

“I’ve been deeply involved in calling attention to many of the flaws and false reasoning in New Zealand’s onslaught, and was going to take a break until I learned about a very important essay by Massey University’s Nicholas Holm called ‘Consider the Possum: Foes, Anti-Animals, and Colonists in Paradise.’ This piece, along with a few emails, prompted me to write this essay and to call for the end of the war on wildlife firmly, but nicely. There are alternatives that are far more humane, compassionate, and kind.

“Humans are very much a part of nature, and indeed, we are a major part of many ‘problems’ including those that stem from our having brought non-native animals into pristine ecosystems. However, many people act as if they live apart from nature, but have to interfere when something they don’t like is happening. It’s difficult to have it both ways, to play the middle from both ends, but we’re pretty skilled at doing just that. And, when we do, other animals massively suffer.

“Dr Holm points out that thinking of possums as what he calls ‘anti-animals,’ makes it seems like they stand against nature rather than being part of it. Possums and other animals, including humans, are part of nature. How can it be any other way?

“Employing an ecocentric ethic progress can also be made. Ecocentrism recognises that a nature-centred, rather than a human-centred, view of nature, means that many people will have to change their values if they favour humans over nature as a whole, including nonhuman animals and their homes.

“The time to begin is right now, and New Zealanders can proudly carry the torches of coexistence and kindness into the future for the world to see and to emulate. What a wonderful example and a win-win it will be for all involved. And what great lessons for youngsters these would be.”