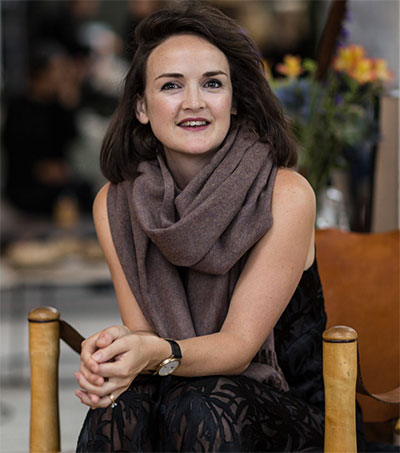 When Huffington Post contributor E. Nina Rothe was introduced to Amsterdam-based brand Abel at this year’s Pitti Fragranze, a fragrance fair held in Florence every September, she fell in love. Not just with their clean, natural and yet evocative scents but also with their mission and, last but not least, their creator, New Zealander Frances Shoemack.

According to Abel’s website the brand is named “with a nod to the Dutch adventurer Abel Tasman, the first European to discover New Zealand in 1642.”

“[Isaac and I] have a very open creative process … with very few rules or parameters,” Shoemack says.

“The key things are falling in love with the notion, the ingredients and finding ways to make them sing. I tend to be heavily involved in the conceptual phase, but fleshing out the fragrance and the technical phase of getting it balanced and harmonious (which takes many months, even years) are very much Isaac’s domain. He’s an absolute perfectionist and is continually surprising me throughout the process with new ideas, notes or accords I’d never have thought about.”

“I have always loved the world of scent,” she says explaining the origins of Abel. “This preoccupation for the olfactory manifested itself in me studying winemaking and a career in the New Zealand wine industry. It was after moving to Amsterdam and properly discovering the world of artistic perfumery that burn ignited. I fell in love with this world, but there was something that wasn’t sitting right with me – I wanted this world, but I wanted it in a natural way.

“Amsterdam has certainly shaped the way Abel has grown to date. When I first started the business I wanted something that could always move with me (at the time I’d only lived in Amsterdam a short time and didn’t expect I’d stay so long). But the truth is wherever Abel is based in the future, both Amsterdam and New Zealand are a part of Abel’s DNA.”

What is Shoemack’s favourite scent?

“Golden Neroli has a special place in my heart. I was pregnant when we were working on the vita odour collection and it was such a comforting, grounding fragrance to me during what was a rather difficult time (I later discovered neroli has a rich history as a hormone balancer). These days, just a spray of Golden Neroli is all I need to take me to this beautiful, peaceful, grounded place.”