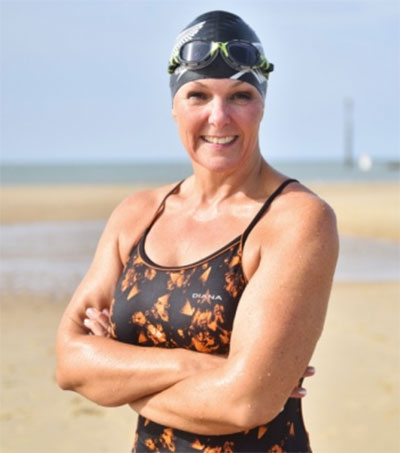 A swimmer and coach from Norwich has set herself the task of crossing the North Channel as part of a global challenge. New Zealander Tracy Clark, 47, can often be found swimming in one of her favourite spots at Sea Palling but later this year she will be half-way between Scotland and Ireland.

Clark is not shy to endurance swimming though as she has completed channel crossings across the world.

The mother of two said: “There is a challenge called Ocean’s Seven and only seven people have completed it [including fellow New Zealander Kimberly Chambers]. Like the Seven Summits, it is the seven toughest seas in the world. The North Channel will be number four for me.”

Clark has already swum the English Channel, Strait of Gibraltar and the Catalina Channel in California, United States. The remaining swims are the North Channel, Cook Strait in New Zealand, the Molokai Channel near Hawaii and the Tsugaru Strait in Japan.

She said: “I started with the English Channel when I was 42 and I thought that would be it, but I loved the day so much and the sport of it, the training and the people you meet.”

Clark is the only New Zealander to have the Triple Crown for completing the English Channel, Catalina Channel and swimming round Manhattan Island off New York in the US.