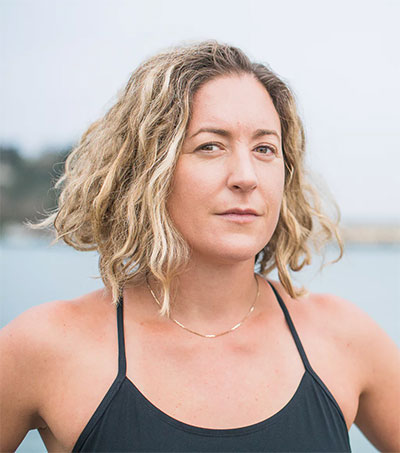 New Zealand-born Kim Chambers started swimming after a life-changing accident. Just a few years later, she became the first woman to take on a notorious stretch of shark-inhabited waters – a solo swim from the Farallon Islands, about 48km off the coast of San Francisco back under the Golden Gate.

With the area’s icy waters, strong winds, heavy swells and one of the largest concentrations of great white sharks, it’s been called the toughest swim in the world.

“It sounds completely nuts,” Chambers recalled, “but when I went to the Farallones, I prepared not to come back. I did my laundry because I wanted my place to be decent when they came to collect my stuff.”

But she did come back, 17 hours and 12 minutes later. It was a triumph that made headlines and prompted Outside Magazine to dub her “the world’s most badass swimmer”.

Now, a documentary, Kim Swims, chronicles Chambers’ Farallones swim, and tells the story of how a 38-year-old who had only been swimming seriously for four years became one of the world’s top marathon swimmers.

She said it started with an accident.

“It was just a regular day,” explained Chambers, who moved to the San Francisco Bay Area from her native New Zealand when she was 17. “I was wearing heels that were probably too high. I slipped down the staircase on my way to work, and I hit my leg.”

At the hospital, Chambers was diagnosed with acute compartment syndrome as a result of blunt force trauma. Skin was grafted from her thigh to patch over the wounds on her swollen shin. “The doctors said I was 30 minutes from amputation and had a 1 per cent chance of ever walking unaided again,” she said. “You wouldn’t think that [fall] would be a defining moment in your life. You think it would be a car crash or something. But I learned what I was made of.”

Chambers spent two years in physical therapy and started swimming to find “a sense of freedom”.

In the film, Chambers’ swimming coach, Vito Bialla, jokes about how terrible she was in those early days. “He said I couldn’t swim my way out of a paper bag with flippers on, which was true.” But she persisted, beginning with a crossing to the famous Alcatraz prison. As years passed she notched up bigger victories, eventually becoming the third woman, and only the sixth person, to complete the Oceans Seven – a series of hazardous straits and channels around the world that is considered marathon swimming’s equivalent of mountain climbing’s Seven Summits.

She admits it’s a lonely sport. More than 4000 climbers have summited Everest; Chambers was just the fifth person to complete the Farallones swim.

Kim Swims debuted at the Mill Valley film festival, where it won the audience choice award for best documentary. It will next screen at the Portland film festival and the Rocky Mountain Women’s film festival, in Colorado Springs.