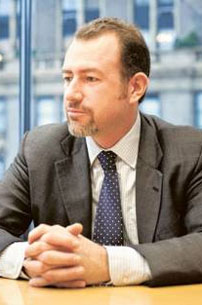 General Motors (GM) chief financial officer New Zealander Dan Ammann, 39, is one of a number of central figures graded at GM in an article by Fortune Magazine’s senior-editor-at-large Alex Taylor III discussing the recent remodeling of the Detroit-based company. “The first GM CFO to wear a Vandyke and sideburns,” writes Taylor, Ammann took up the job in April, succeeding fellow New Zealander Chris Liddell. The two were similarly paired to lead GM’s 21 US$2 billion Initial Public Offering, the largest in financial history. “Ammann vows to end what he calls ‘analysis paralysis’ and has declared war on complexity — too many powertrains, too many trim levels, too many models — that saps earnings. With GM’s breakeven point at historically low levels, he believes the company is ready for significant growth. ‘For the first time in five or 1 years, the company is no longer in crisis mode,’ he says. ‘Now we can focus on revenue.’” For ‘Changes at the top’, of which Ammann, CEO Dan Akerson and Akerson’s chief lieutenant, adviser, and troubleshooter Steve Girsky are included, Taylor gives an A-. Ammann was born in Eureka, west of Morrinsville, and graduated from the University of Waikato Management School with a BMS in Economics.