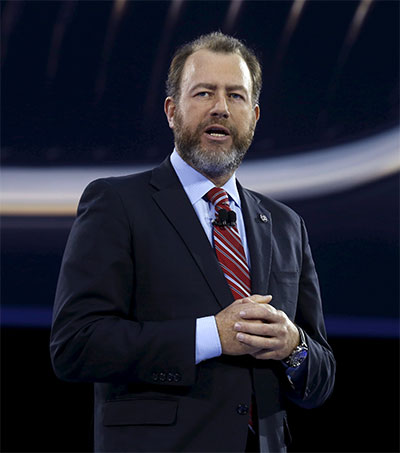 New Zealand-born Dan Ammann, the president of General Motors, is boundlessly optimistic when it comes to the Detroit automaker’s role in the future of cars.

“We are inventing a lot as we go. No one’s ever done this before,” Amman said at the Wall Street Journal’s D.LIVE conference in Laguna Beach, California, referring to the large-scale deployment of autonomous vehicles.

That kind of scale matters, Ammann said, because every year in the United States 40,000 people are killed in road accidents. Globally, that’s 1.2 million people. And 95 per cent of those are caused by human error, regulators say.

“If we can get to a point where we can make a significant impact on the human error part,” Ammann said. “That promise of what the technology can do and what benefit it will bring will help [explain] why the world will be a better place with this technology.”

And what about General Motors? The American automaking giant is in the business of selling cars. How does that model work when humans no longer drive them? (GM spent more than $1 billion on Cruise Automation, a startup that makes self-driving car technology, last year.) And if ride-hailing and car-sharing services like Uber and Lyft cut into the need for a privately owned vehicle?

Ammann said he isn’t worried. Rather, it’s quite the opposite. “Every year in the United States in total there are about 3 trillion vehicle miles,” he said. “Ride-sharing accounts for one-tenth of 1 per cent of rides travelled. We’re still at the early stages … it’s very early days.”

Said Ammann: “We see the future as being significantly autonomous.”

Amman, who is originally from the Waikato, assumed the role of president at GM in 2014.