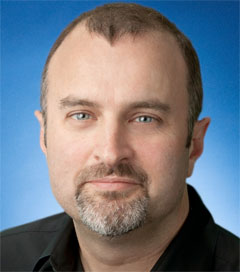 Google’s chief engineer Blenheim-born Craig Nevill-Manning may be responsible for igniting New York City tech and not Mayor Michael Bloomberg, according to The Huffington Post.

“It’s kind of funny that one of the key reasons that New York City’s tech scene blossomed is because one really smart guy just didn’t want to live in Mountain View, [California],” the publication writes.

“Nevill-Manning was Google’s chief engineer out in California, but was desperate to move back to New York. He missed the city’s excitement, vibrancy and good restaurants.

“Google’s founders, Sergey Brin and Larry Page, were skeptical. They didn’t think he’d be able to recruit many qualified engineers in New York.

“‘They said, “OK, let’s do an experiment. Go out there and if you can find more than 15 really great software engineers that we wouldn’t have hired otherwise, you can stay,”’ Nevill-Manning says.

“Google New York is now 10 years old and has over 1500 engineers working alongside Nevill-Manning in its behemoth headquarters on Eighth Avenue in Manhattan.”