NZEDGE  >  News  >  Society  >  General  >  What California Can Learn from Christchurch 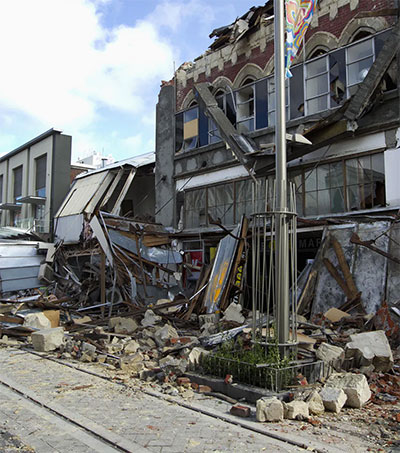 What California Can Learn from Christchurch

“I went to New Zealand on a long-planned vacation to see the setting for The Lord of the Rings movies and the mountain scenery. But as the earthquake reporter for the Los Angeles Times, I had another goal,” Rong-Gong Lin II writes. “I wanted to visit Christchurch, a seaside city on the South Island. For people in the seismic community, there are many lessons California can learn from Christchurch, and I wanted to see it for myself.”

“On 22 February 2011, a magnitude 6.2 earthquake ruptured right under Christchurch. There have been bigger earthquakes since around the globe that have been more destructive. But Christchurch bears a distinct resemblance to California cities like Los Angeles and San Francisco. We share similar building codes, architectural styles, proximity to major faults, and that familiar denial that comes with living in earthquake country,” Lin writes.

“I was immediately struck by how much Christchurch had been altered by the quake and how the idea of a ‘full recovery’ was a fantasy. Some voiced optimism of Christchurch being reborn as a safer, and in some ways more vibrant, city; others voiced regret at a lost decade.

“The overall lesson I learned: Be realistic about the challenges the rebuilding will face. It will be far more difficult than anything we might have experienced in our lifetime. And by doing whatever we can before disaster strikes, the easier it will be to recover as best we can.

“Recovery will be slower than anyone would like … [and] the mental scars can be widespread. The warnings about dangerous buildings are not overblown.

“For decades, seismic experts have said certain types of buildings are at high risk of collapse in a major quake. Christchurch proved them right. They include buildings made of brick or stone built in the late 19th and early 20th centuries, as well as more modern concrete buildings, including office towers built through the 1980s.

“Just two concrete buildings catastrophically collapsed in the 2011 earthquake, killing 133 people, accounting for more than two-thirds of the death toll in the disaster.

“The system wasn’t perfect. There have been complaints about how the commission was ill-prepared to manage the massive influx in claims. And some people were under-insured. But the high insurance rate prevented many from losing it all.”