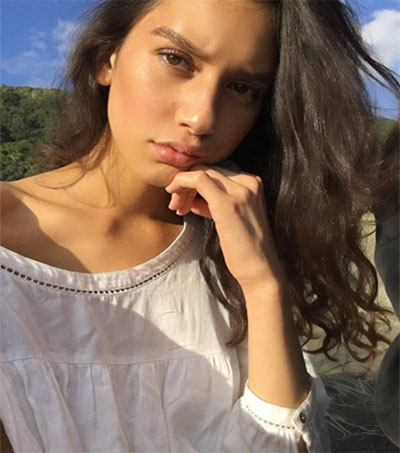 Te Manahou Mackay, 18, from Auckland, is the first transgender model to walk at New Zealand Fashion Week, “in a watershed for the industry,” the Daily Mail reports.

Having quit school because she didn’t enjoy it after Year 12, she was scouted by The Others modelling agency last November while at a friend’s house. She later moved to 62 Models – upon which point she was signed on for her debut fashion week in Auckland.

Speaking about her newfound fame on the New Zealand edition of The Project earlier this month, Mackay said, laughingly, that while she would love to be a “role model model” she also isn’t necessarily entirely comfortable with being a voice for transgender people in general:

“It’s been a lot for me mentally to be outed in a way, but I think it’s character building …” she said.

“Of course I want to be a role model to all these people, but I don’t think that I have too many profound things to say. I don’t think I’m cut out to be a spokesperson for transgender youth.”

Nevertheless, the 18-year-old – whose name means “new power” or “new energy” – said that modelling is her dream and has opened her up to all sorts of opportunities: “It’s a dream come true really … I’ve been this little girl since I was a little kid.”