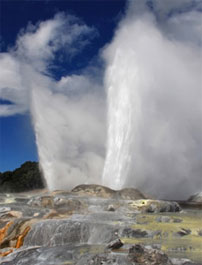 New Zealand’s geothermal scientists will be collaborating with the world’s leading researchers after the country is admitted to the International Partnership for Geothermal Technology (IPGT) in Melbourne on 16 November. Established in 2008, the IPGT seeks to develop advanced, cost-effective geothermal energy technologies through international research co-operation. Science and Innovation Minister Wayne Mapp said geothermal energy is one of New Zealand’s most important renewable energy resources with huge potential for growth. “This recognition of our geothermal research programs will allow our scientists to collaborate with an elite group of researchers in the United States, Australia, Switzerland and Iceland,” Mapp said.