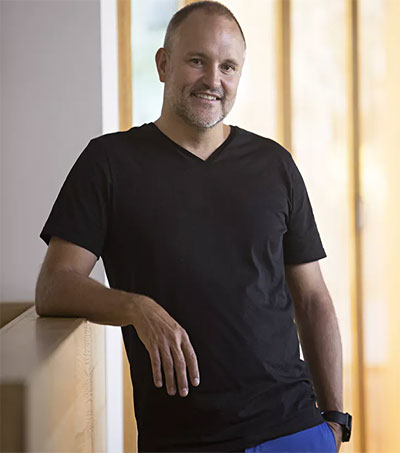 After working in New York City for a number of years, New Zealand-born Antony Martin decided to move to Australia and set up a firm of his own. Since its founding, MRTN Architects has become one of Melbourne’s top residential architects – its work striking a balance between responding to clients’ needs and finding what works best for a specific site.

Martin talks to Archinect about what he’s learned from building his vast and varied portfolio of residential designs.

“I never thought I’d actually start my own practice,” Martin says. “Originally being from New Zealand, relocating to Australia, and then living in New York for eight years, I didn’t have what I thought was an established client base. But, I was always attracted to the idea of doing my own projects and own work – really I just thought: I should give it a go; I can always go back to practice. It was something I really did want to try.

“In New York, when I first moved over there I was working for Davis Brody Bond and was doing some university projects for them. But, then after a little while, I moved to David Howell Design, who was another New Zealander living in New York. He had an office on Union Square. I had a really great time working for him doing apartments and working within a five-block radius of union square – it was fantastic.

“The Fairfield Hacienda [was an exemplary] project, it was a suburban home [in Melbourne] for a family. That project touched on what I raised earlier, in that the clients had originally gone to a design/build firm. They had a design prepared by them and were about to start building and the house was 320m2, had a double garage facing the street to the north. When they came to us, they were having doubts on whether that was the right direction. We were able to convince them to reduce the house size by a third and take it down to 200m2 and orient the living spaces to the street and the north.

“We analysed every single room – how big they were going to be and how big they actually needed to be. And it was a long process. So A. it was about reducing the size, which increases your open air on the site so you get more garden space which is good. But, there is also the very pragmatic part which is if you look at cost per square metre, were able to build 200m2 house at the same cost as their 300m2 one, but it had much more comfortable character, had a better finish, had outdoor living space and overall, a much better outcome.”