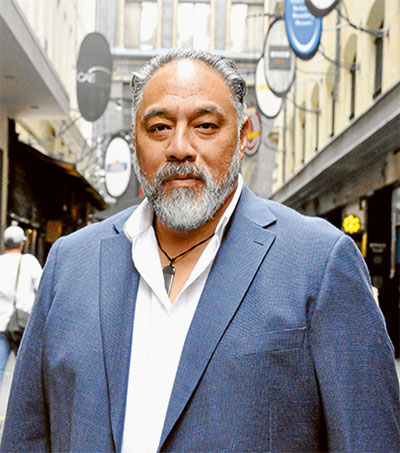 Muliaumaseali’i has been singing in operas, musicals and plays and has travelled all over Australia and to Europe and the US for performances.

He settled down in the CBD over a year ago and has now built a special connection to this city.

He said he had found a whole new level of his voice in Melbourne.

“My coach Raymond Laurence completely opened up another level in my voice,” Muliaumaseali’i said.

“I just get so much satisfaction from discovering a new level in my voice. It’s all about getting to perfect my craft,” he said.

He studied at the Brisbane Conservatorium of Music, has been a member of the Austrian Tiroler Landestheater, has worked with Opera Australia’s OzOpera as well as the Sydney Symphony Orchestra, Melbourne Theatre Company and now frequently works with Melbourne Opera.

After Jack of Two Trades, Muliaumaseali’i has a very busy year ahead.

“I want to see where my level of singing will take me. I will carry on singing in opera, musicals and plays. I also want to be involved in educational workshops on theatres with young people.”