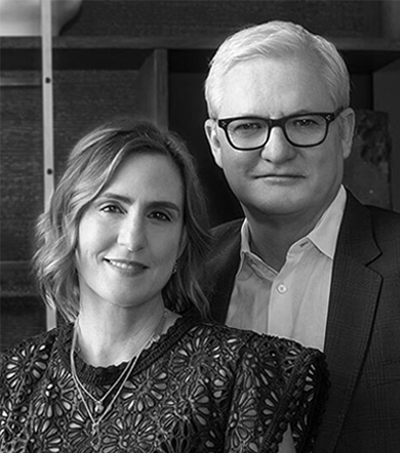 New York New Zealander David Howell and his wife and business partner Steffani Aarons talk architecture and design on the podcast of renowned American designer, gallery owner and entrepreneur Ralph Pucci. Asked by Pucci at what moment of his life he decided to become an architect, Howell said that as a boy making a go kart in the driveway of his Havelock North home, a family friend commented “you’ll make a good architect.”

The thought stuck, and after graduating from the University of Auckland with a degree in architecture and working in commercial practice in New Zealand, Howell headed to New York to pound the pavements in search of an opening. 25 years later, Howell and interior designer Aarons direct a thriving practice DHD Architecture and Design in New York’s Union Square, with projects spanning residential, commercial, retail and hospitality.

Howell and Aaron’s designs grace New York’s most prestigious towers including One57, One Madison and Walker Tower, as well as beach and country homes in the Hamptons, upstate New York, Utah, Newport Beach, Chicago and Mexico. Mostly their focus is on lower Manhattan and Brooklyn.

Asked what advice he would give to aspiring architects, Howell recalled being given time as a newbie New Yorker by established practitioners. The advice: “Always be gracious and giving.”