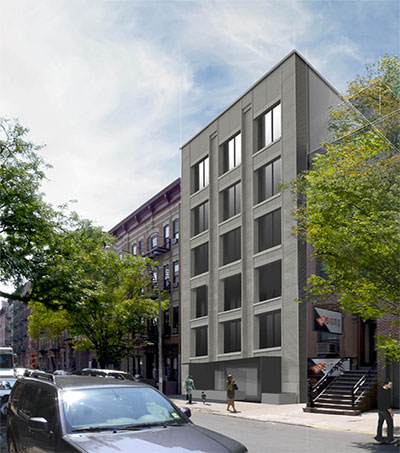 A boutique new apartment complex in New York, designed by New Zealand-born David Howell of DHD Architecture and Design, has sold out in less than ten months, according to a report featured on the US-based Off The MRKT lifestyle website.

The website reports that sales launched in November of 2018, and culminating in August 2019, totalled over US$28 million in just six months after the first contract was signed in March of 2019.

It is the fastest Upper West Side sell-out since 2012.

The property is comprised of six spacious residences; a duplex maisonette townhouse with lush private garden four full-floor residences on levels two through five, and a duplex penthouse with south-facing private roof terrace.

“We took great care to design and construct every aspect of 134 West 83rd Street to the highest level, and its sales success is a testament to an exceptional product ideally located on the Upper West Side,” principal of Grid Group developers Yiannes Einhorn said.

On Queen Street in Auckland, Howell is the man behind the design of art couple Gary Langsford and Vicki Vuleta’s home. The former warehouse is an enormous four-level concrete building with views from its rooftop garden over the city toward the Waitakere Ranges.

According to a Simply You article, the pair purchased the Newton property in 2005.

“It was designed to be sculptural from the outside,” said Langsford, art dealer and owner of Gow Langsford galleries.

Howell designed his own home, a condominium project which he built on top of a single-story former manufacturing building from the 1920s, near Gramercy Park in New York.

He is originally from Havelock North. His wife and business partner, is interior designer, Steffani Aarons.